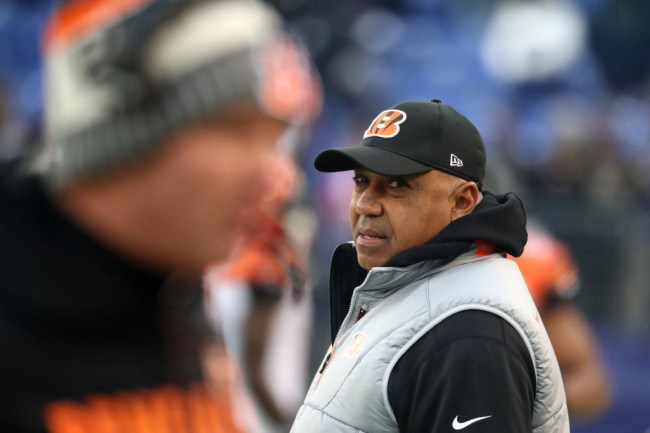 Marvin Lewis has been with the Cincinnati Bengals for 15 years and it appears that the beleaguered head coach is going stay in Cincy for at least for another two years. Today, the Bengals announced that he had re-signed Lewis to a two-year deal despite earlier reports that indicated the team was interested in moving on and were set to bring a new coach this offseason.

The Bengals announced on Tuesday that Lewis has agreed to a new deal to remain as the team’s head coach through the 2019 season.

Reports near the end of the regular season indicated that Lewis had decided to move on after 15 years on the sideline for the Bengals. There was no immediate announcement about his plans at the end of the season, however, and Lewis has spent the last couple of days meeting with Bengals owner Mike Brown about next steps.

Of course the Cincy faithful were fucking irate when they learned that the team was bringing back Lewis and took to Twitter to vent out their frustrations.

Imagine performing at your job like Marvin Lewis does his and getting and getting rewarded for it. pic.twitter.com/4vyPjQxiuD

does marvin lewis have the pee tape

I need that Marvin Lewis job security in my life

REPORT: The world is projected to end before the Bengals actually fire Marvin Lewis

“This place is like the hospital where I was born, my house, my old age home, and my graveyard, for my bones." — Michael Scott

For the record: Marvin Lewis is by all accounts a great human being and I honestly do not blame him for taking Mike Brown's money. This is 100% a Mike Brown problem.

Marvin Lewis is going to lead the Bengals to wild card losses the next two seasons and will then get a five-year contract.

The year is 3465, WW14 is happening, humanity is 2nd class to robots and America doesnt exist anymore…Marvin Lewis is still coaching the Bengals

The Bengals announce a two-year contract for Marvin Lewis through 2019. WHAT IS DEAD MAY NEVER DIE