Bengals Players Celebrate Thinking They Had Won Game With FG Before Realizing They Missed, End Up Losing 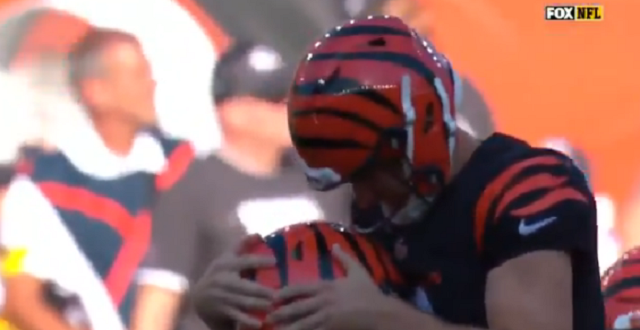 The Bengals-Packers game turned into a bizarre duel between kickers to see which one could actually hit a field goal.

Between the two teams, there were five missed field goals in the span of eight minutes.

Things I never ever thought I would see in the NFL: five consecutive missed field goals in an eight minute span…with game on the line…FIVE. Crazy!!

The most bizarre missed field goal in the game came in overtime when Bengals kicker Evan McPherson and his teammates celebrated as if they had won despite the fact that he had just missed.

The Bengals started to celebrate thinking they made a game-winning FG when they missed it 😬pic.twitter.com/CcDB43Ynmb

The Packers would go on to win the game in overtime with Mason Crosby field goal minutes later. Ouch.