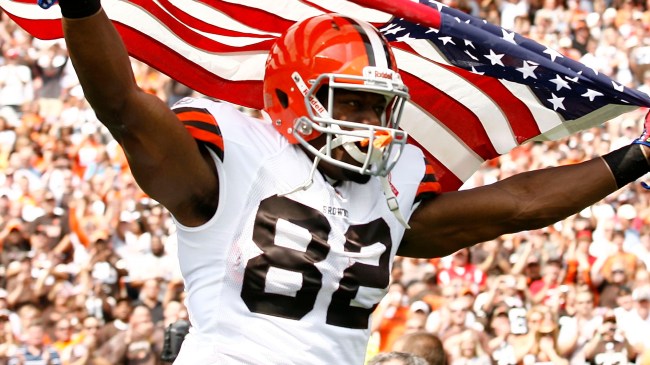 The stakes at the NFL Draft can be pretty high for teams who are in search of players with the potential to turn their fortunes around as well as others who are on the hunt for a bargain in the form of the next Tom Brady (or even the next Brock Purdy).

As a result, it’s easy to understand why members of the front office tend to do some incredibly thorough due diligence while firming up their draft board.

With that said, scouts and executives have earned a reputation for routinely taking things a little bit too far during the very comprehensive interviews they tend to conduct with up-and-coming college prospects at the NFL combine. Kris Boyd revealed one unnamed team asked if he still had both of his testicles in 2019, although that has nothing on another franchise that was curious if guys found their mother attractive.

Questions like that last one tend to be a way for teams to kill two birds with one stone; they’re essentially psychological experiments that allow them to see if players are able to maintain their composure while screening for some potential red flags they may not have been aware of.

However, it sounds like the Browns may have gone a tad overboard at one point in time based on an anecdote Benjamin Watson recently shared.

On Wednesday, the tight end replied to Paul Finebaum’s question about the “worst job interview question you’ve ever been asked” by recounting the time a rep for the team tried to figure out if he’d lied to them about smoking weed with a laughable low-budget lie detector test during his sitdown with Cleveland at the combine in 2004.

The browns asked me if I ever smoked weed. I said no. Then the interviewer grabbed my wrist as if he was feeling my pulse and asked me again louder.

I was seated in a chair in the middle of a dark room with a spotlight on it. Front office stood in the shadows mob style…

Watson (who was ultimately selected by the Patriots with the last pick in the first round) followed up that tweet with another where he stressed he was simply sharing his experience while affirming he enjoyed his time with the franchise he spent three seasons with after signing a deal in 2010.

Yes that was at the combine. Totally different front office in 2004 and 2010. Should have made that clear. And this isn’t an indictment on the city or the club while I was there. Loved our time in Believeland . https://t.co/7scpHCp0sv

The NFL combine sounds like a very strange place.