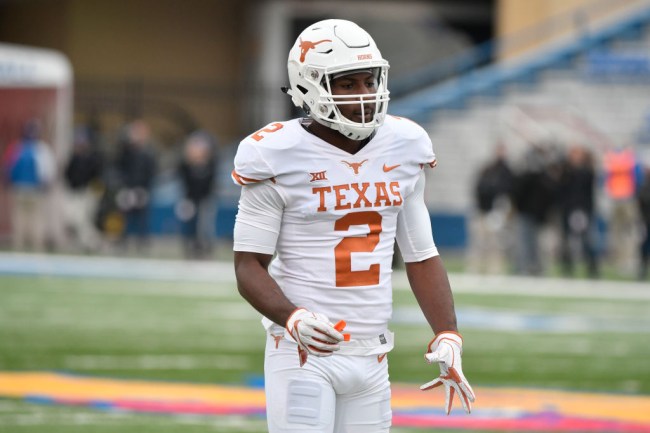 The NFL combine officially kicked off last week, which meant we were in for a few days of people caring way too much about the size of player’s hands, answering the question of whether or not these bros even lift, and confirming DK Metcalf is an absolute freak of nature.

We also got to hear Steve Smith throw some major shade at Jason Witten, which may have been my favorite moment of the entire combine.

Most members of the general public are primarily concerned with the physical performance of players but that’s not the only thing that’s taken into consideration during the event. Coaches and scouts are also tasked with assessing the mental aptitude of prospects and they’ve come up with some pretty interesting ways to do so.

Over the years, players have been asked questions like:

Now, we can add a brand new question to that list thanks to Kris Boyd, a prospect from the University of Texas who may have had to answer what is easily the most absurd inquiry to come out of this year’s combine.

According to USA Today, an unnamed team sat down with Boyd to pepper him with a variety of questions and the cornerback revealed there was one in particular that made him scratch his head:

“One crazy question I can think of was, ‘Do I have both of my testicles?’ And I was like, ‘Yeah. I don’t know why you got to ask.’ That was one I can think of.”

I personally would have gone with “I actually have three” but I guess his answer suffices.