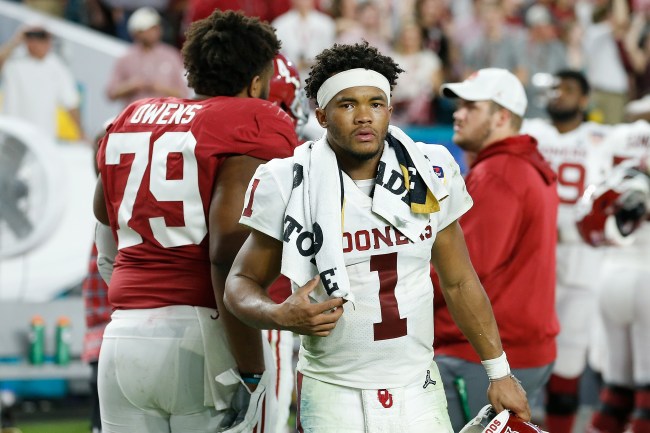 America is in desperate need of some NFL storylines that don’t involve a senior citizen getting tugged off, and Kyler Murray provided just that.

The Heisman Trophy winner was officially measured at the NFL scouting combine to decide once and for all whether he’s too short to play quarterback in the NFL. Because scouting assessments are never wrong.

Murray is officially the shortest quarterback that has been measured at the combine since 2003. He’s a half-inch shorter than Russell Wilson’s official measurement. The 21-year-old’s measurements will be talked about ad nauseam on every hot take sports show for the next several days, and after I post these funny Twitter memes about the situation, I am exiting the discussion. I hope you will follow me out of the Trivial Territory.

Hes dead to me https://t.co/TRh7fxIuhv

How Kyler Murray walking in to get measured at the combine pic.twitter.com/lCeshY7cAW

"Kyler Murray is too short to play QB in the NFL"

Kyler Murray after measuring in at 5'10" at the #NFLCombine: pic.twitter.com/oEstmzP9wK

Kyler Murray showed up to the combine like this pic.twitter.com/My1hYZRrDN

This Kyler Murray thing is revealing to me that many men on my timeline are below 6'0, and I just find that sad

A good hearty chuckle. Now we can all move on.