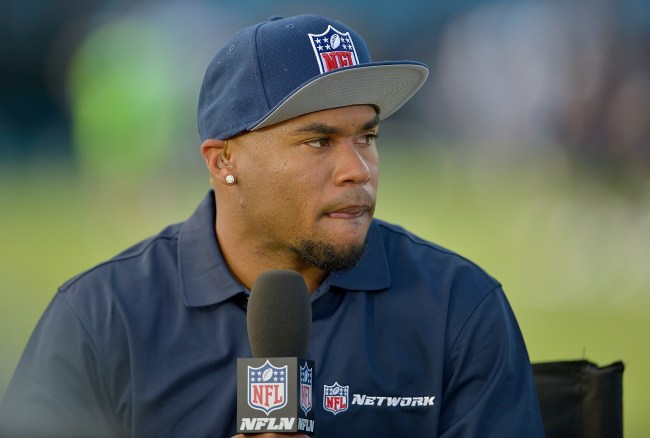 Last week, Jason Witten shocked the NFL world when he announced that he was leaving the ‘Monday Night Football’ booth to return to play football for the Dallas Cowboys.

Jason Witten has decided to end his retirement and return to the #DallasCowboys for what will be his 16th season.

Witten explained that he was returning because he missed competing on the football field.

The fire inside of me to compete and play this game is just burning too strong,” Witten said in a statement. “This team has a great group of rising young stars, and I want to help them make a run at a championship. This was completely my decision, and I am very comfortable with it. I’m looking forward to getting back in the dirt.”

During today’s NFL combine coverage, former Ravens wide receiver Steve Smith Sr. was asked if he was considering a comeback a la Witten and delivered a hilarious answer.

Steve Smith: You want the truth about that or you want me to let that go?

DJ: I want the truth.

Eisen: NO NO NO, about YOU, not Witten.

Steve Smith on if he's thinking of coming back to NFL like Jason Witten "Nah, I'm actually good on TV, so I'm going to stay here" pic.twitter.com/K9utpvAIRU