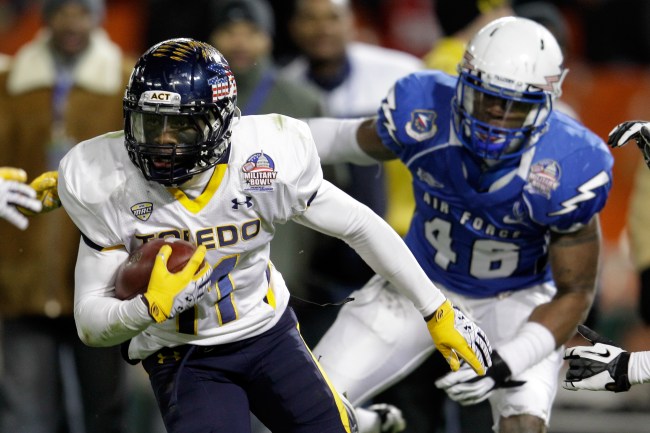 NFL wide receiver Bernard Reedy signed a 2 year, $990,000 contract with the Tampa Bay Buccaneers, including an average annual salary of $495,000. For reference, next year alone, the 25-year-old Toledo alum will take home nearly 12 times that of the average American.

That being said, the dude also has a side gig that pays a whopping $11 per hour. Reedy picked up a job at Care Ride, a service that provides transportation to people in wheelchairs, in 2015 after tearing his meniscus and being waived by the Falcons.

Reedy has continued to help the elderly while continuing to be employed at Care Ride because he simply could not bail on his old friends. He told ESPN:

“A lot of people … you may think you’re sacrificing a lot until you hear somebody else’s story,” Reedy said. “And when you pick up the same people every week, you get attached to them.”

The man who was sixth in the nation in all-purpose yards his junior year at Toledo is considering making Care Ride a full-time gig when his playing days are over.

“I could still see me doing this [after football]. I’m financially stable enough now that I could be OK if I didn’t do this, but why sit home after you’re done working out, going over your plays and stuff? Why sit home when you can come out and make you some more money and help people on top of that? And I’m talking about really helping people, helping people who can’t help themselves.”

This guy. This is the type of guy I’d want fighting next to me.