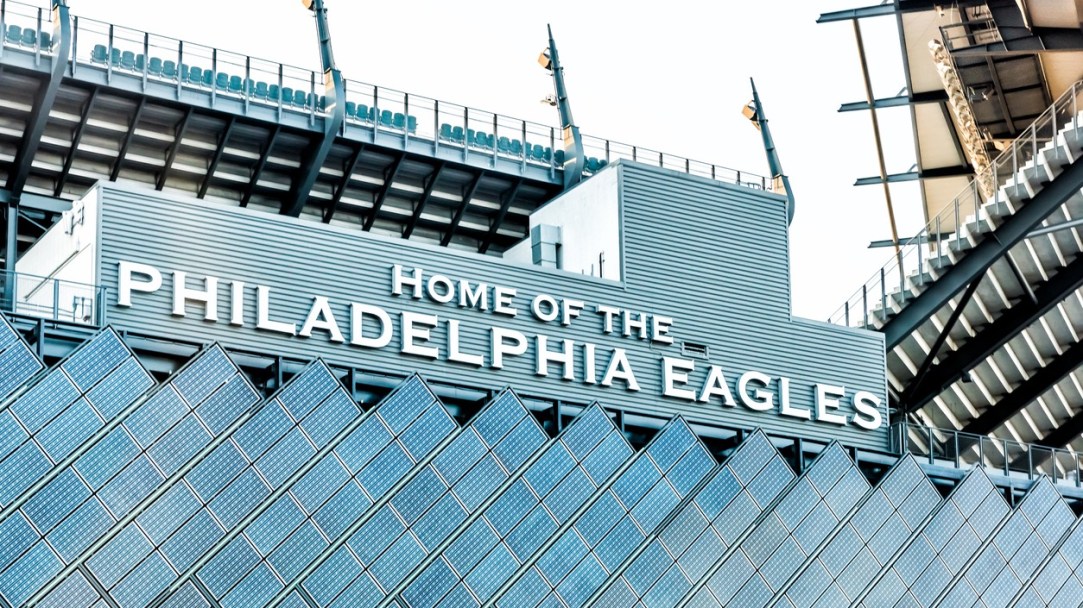 The undefeated (8-0) Philadelphia Eagles face their NFC East rival Washington Commanders on Week 10’s Monday Night Football. Philly is on fire right now and expected to blow out the Commanders but multiple scores.

One Eagles fan doesn’t care if the game is supposed to be close or not. This incredible Philadelphia Eagles fan was the very first person in the parking lot of Lincoln Financial Field and he gave a perfectly Philly interview.

Philly’s ABC 6 Action News caught up with diehard Eagles fan Gregg Matza who arrived at the stadium a full 8 HOURS before kickoff. He brought with him 70 beers and 2 pounds of shrimp, amongst other food to much on whilst tailgating. Matza has his own custom-made Philadelphia Eagles cornhole board, because of course he does.

Here are several videos, from both ABC 6 Action News and Twitter, of the best Eagles fan interview you’ll see this NFL season:

Gregg Matza is locked and loaded:

This dude is locked in for the Eagles game tonight pic.twitter.com/doYuJAFFBd

He’s a man who knows the importance of a properly stocked tailgate:

Nothing better than a three day work week a week before thanksgiving pic.twitter.com/a4ZVUph6DX

Crossing Broad pointed out that this is the same diehard Eagles fan who gave an interview in Week 2. He showed up at 6:30 AM to start tailgating Monday Night Football:

Same dude who was out there for the Eagles/Vikings MNF game at 6:30am Week 2 pic.twitter.com/ghg77oi9Ae

I’m envisioning him walking out the door for a Monday Night Football game and his wife’s last words to him are ‘be safe’. I look back and say ‘don’t worry about it, we got 2 pounds of shrimp to soak up the 70 beers in the trunk. We’ll be fine.’ Just an incredible interview all around.

Eagles by a million.