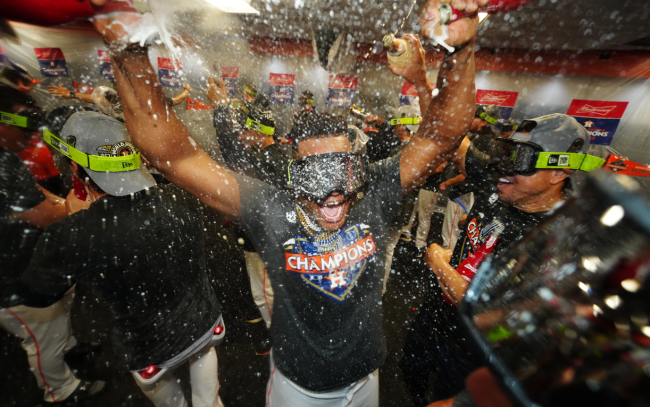 A couple of interesting World Series coincidences has caused some football fans to believe that the Houston Astros defeating the Philadelphia Phillies predicts how the Eagles’ season will end.

Depending on which observation you choose to believe is the greater predictor, either the Philadelphia Eagles will go on to win the Super Bowl or they will make it to the playoffs only to lose to a division rival.

The first World Series observation to go viral was posted to Twitter by RJ Ochoa, the manager and editor-in-chief of the website Blogging the Boys.

“Last time the Phillies lost the World Series the Dallas Cowboys beat the Philadelphia Eagles in the playoffs,” Ochoa tweeted on Saturday.

He is referring to the Phillies falling to the New York Yankees 4 games to 2 in the 2009 World Series.

That year, the Eagles, who currently sit atop the NFL with an 8-0 record, lost to the Dallas Cowboys in the Wild Card game 34–14.

However… as the Eagles Nation Twitter account pointed out in a response to Ochoa’s tweet, there could be a far different outcome as a result of this year’s World Series results.

The last time the #Astros ***”won”*** a World Series…. pic.twitter.com/cYb2HoMfPx

They are referring to the 2017 season when the Houston Astros won* the World Series 4 games to 3 over the Los Angeles Dodgers.

That year, the Eagles went 13-3, made it all the way to Super Bowl LII and defeated the New England Patriots 41-33 with Nick Foles taking home the game’s MVP award.

Does one thing happening automatically determine another? Obviously not. Especially since the last time the Astros won* the World Series they cheated.

That hasn’t stopped a lot football fans from having a lot of fun wondering if it’s fate, making their own comparisons, and dunking on one another.

“I love Cowboys logic of 2 things that have absolutely nothing to do with each other,” an Eagles fan tweeted. “They have to grasp at straws because they have the inferior team.”

Union & Phillies were sacrificed for a perfect Eagles szn 🙏

“I would take another Phillies WS loss next year, a Sixers finals loss and a Flyers Stanley Cup loss if it meant the Eagles won another SB,” another Eagles fan tweeted.