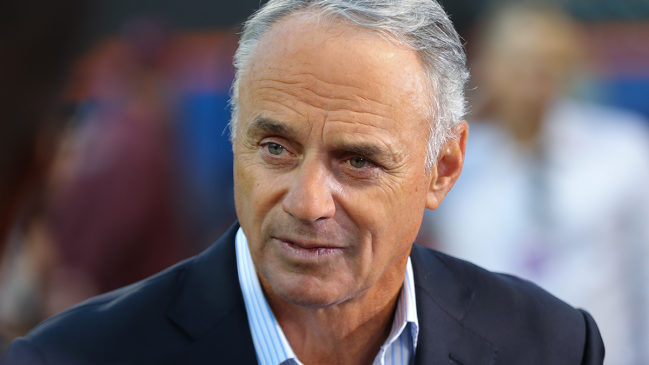 Being the commissioner of a professional sports league is one of the most unenviable jobs out there. Sure, you might get paid millions of dollars a year, but you’re also setting yourself up for endless amounts of hate and signing up for a life where there’s a very good chance at least one person is going to chirp you whenever you appear in public.

Roger Goodell has expertly leaned into his role as the villain and Gary Bettman had some fun at his own expense when he joked about his reputation while being inducted into the Hockey Hall of Fame in 2018.

Commissioners can also take some solace in knowing a good chunk of the boos they’re routinely showered with come from fans who are really just voicing that form of displeasure on principle—although it’s hard to argue that’s the case when it comes to Rob Manfred.

Manfred has served as the commissioner of Major League Baseball since replacing Bud Selig in 2015, and over the past seven years, he’s firmly cemented his status as the most reviled head of any of North America’s Big Four leagues (which is certainly no small feat).

In addition to catching plenty of heat for how he handled the Astros sign-stealing scandal (which included a wild statement where he reduced the World Series trophy to “a piece of metal”), he was rightfully ripped for his tone-deaf behavior during labor negotiation with the MLBPA earlier this year and his total disregard for decades of tradition at the All-Star Game.

As a result, he’s made way more enemies than friends—and a fan who got the chance to heckle him on the World Series certainly falls in the first camp.

During Game 5 of the World Series between the Phillies in Astros on Thursday night, a fan who said he was sitting in a luxury box next to Manfred at Minute Maid Park hopped on Reddit and promised to scream whatever comment received the most upvotes at the commish.

The winner came from a user who suggested “YOU’LL GET THE YOUTH BY ENDING BLACKOUTS, DUMBASS” (a reference to the decline in baseball’s popularity among a younger audience that can’t easily view games due to media rights deals that are the polar opposite of “fan-friendly”).

Someone on @baseballreddit was seated near MLB Commissioner Rob Manfred at tonight's World Series game, and agreed to scream the top comment from the thread at him. They delivered. pic.twitter.com/owowQzVTAL