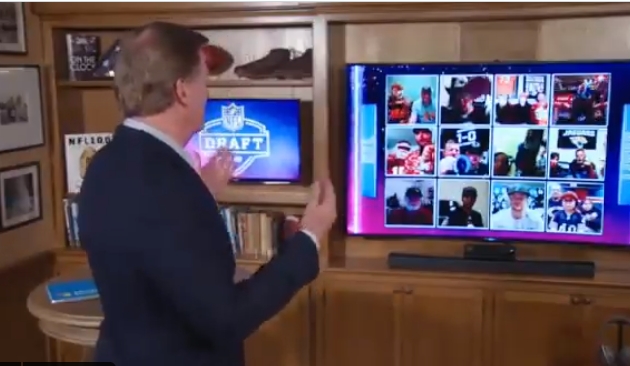 One of the great NFL traditions is watching NFL commissioner Roger Goodell get booed into oblivion by fans.

Thanks to Bud Light, the official beer sponsor of the NFL, fans were able to send in their boos to be aired during draft. Bud Lightasked fans to send them submissions by tagging them on Twitter and using #BootheCommish hashtag. Bud Light said donate $1 per submission video to the NFL Draft-a-Thon for up to $500K.

The NFL Draft will be without an important tradition. And we just can't let that stand. Record your boos then post & tag @budlight and #BooTheCommish. We’ll deliver the boos to the Draft, and for each #BootheCommish thru April 25, we’ll donate $1 to NFL Draft-a-Thon up to $500K. pic.twitter.com/fnvcYDpZPW

Bud Light and Roger Goodell kept their promise and the NFL commissioner got booed virtually by fans during the draft.

Not as good as normal but I’ll take it considering the circumstances.