The Best 5 U.S. Presidents To Play Pickup Basketball With 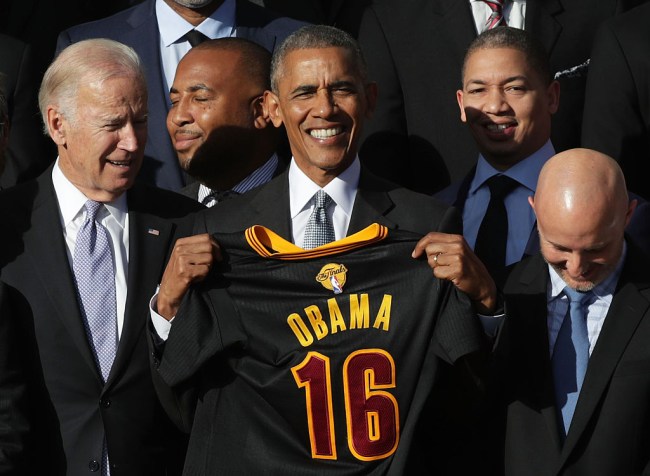 I’ve come to realize in the social media world that talking about politics is a dead end. No matter what you do or say, you are never going to please everybody and you are always going to find a way to start a war of words. And to be quite frank, I don’t have a strong opinion on either side of the ball to write an article on actual politics. This is why I want to give people what I think we all want and need on the politics side of things.

What better way to do that than to name my ideal starting five among United States Presidents for a game of pick up basketball?

Harry is not going to blow you away with his quickness but sees the floor well and is a guy I think would really understand the X’s and O’s of the game. He worked through a lot of adversity in his tenure with Russia’s new atomic bomb which is the type of leadership you want in your point guard. I need a PG that is going to be able to overcome a 10 point deficit late in the game and isn’t rattled when things aren’t going our way.

Barack has proven in leaked video after video that he can knock down the mid-range jumper. You’ve got to love some Chicago toughness on your side and that is exactly what you’re going to get with Barack here. Democrat or Republican, it does not matter, you have got to be able to knock down jump shots. I believe Barack is a must at shooting guard.

Who wouldn’t want to suit up with honest Abe for a pickup game? Abe is a guy that understands and appreciates the fundamentals of the game. Power forward type height that can run the floor. Big time clubhouse guy. Mel Kiper Jr. would be drooling over the height and wingspan of Lincoln if he just so decided to put away the basketball sneakers and declare for the NFL Draft.

A seasoned vet that understands his role on and off the court. He’s not going to give you 20 points a game but will give you good quality minutes. He plays both sides of the ball and knocks down his free throws from the charity stripe. A true walking bucket when he gets in his rhythm. I think you have got to give the nod to Ronald at the power forward position.

When I think of William Taft, I think of a ‘big baby’ Glenn Davis type of guy. An enforcer that doesn’t mind throwing his weight around in the paint. A great mid-range skyhook that’s money off the glass. Not all there fundamentally but the sky is the limit if he is in the hands of the right coach. He’s got Zion Williamson type durability, with no regard for any defender that stands in the way of him and the rack.

I’ll let you be the judge and debate this one, but for me, this Is the team I am rolling up with to my local LA Fitness court any day of the week.