Someone Bet $500,000 (And Lost) On The Twins To Break Their 16-Game Postseason Losing Streak 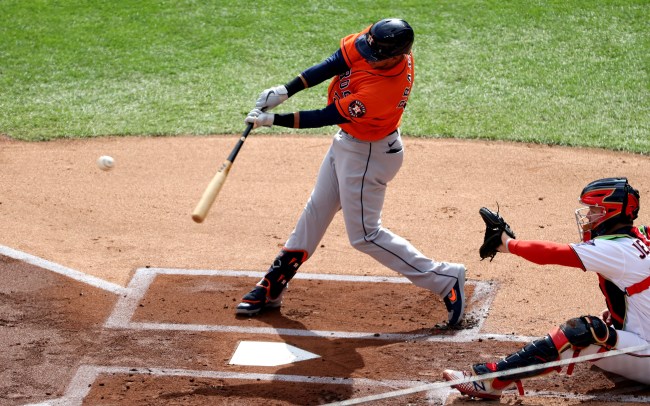 Listen, I get it. What baseball fan outside of Houston doesn’t really, really, REALLY want to see the Astros quickly knocked out of this year’s Major League Baseball playoffs?

The fact that they are in the playoffs in the first place as a number six seed with a record under .500 (29-31) galls a lot of fans so betting against them in their Wild Card matchup against the Minnesota Twins is certainly understandable.

Throw in the fact that the Twins had a far better record (36-24) than the Astros and are the number three seed and picking them would seem to be a relatively safe bet. Add in the Astros’ abysmal 9-23 record on the road in 2020 and it becomes even more attractive.

However, this is baseball and anything can happen so risking $500,000 on the Twins to beat the Astros in game one, even if the moneyline is -149, is one heck of a risk to take.

There’s also the little fact that heading into Tuesday’s game the Twins franchise had lost 16 games in a row in the postseason which many would say makes laying down that much money on Minnesota even more risky.

Then again, they’re due, right?

That must have been the logic of at least one better this week.

You know how much you gotta hate the Astros to drop 500K on the damn Twins lolz https://t.co/BQZly7MaHe

They must not live in Minnesota or know the history of Minnesota sports....

On the plus side for whoever this bettor was, (1) no one knows their name, and (2) if they can afford to drop $500K on a Major League Baseball bet they are probably not hurting for money.