Your Ultimate Betting Guide To The Upcoming Players Championship 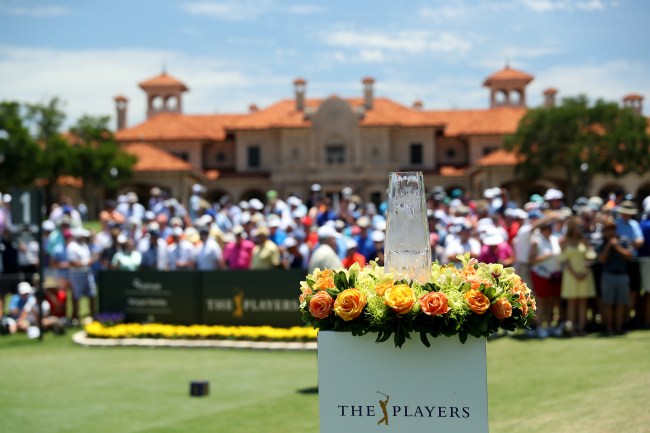 Welcome to part 2 of our The Players Championship preview, where today we take a look at players I have the most interest in using on DraftKings in their tournaments. In these articles, I am going to pick two players that I am the most interested in using, from three different tiers. $9,000 and up, $7500-$8900, and under $7500.

The Players Championship is one of the most exciting tournaments of the year, known as the “fifth major”. It’s features one of the most iconic holes in golf, the island green on 17, a terrifying par 3 that will have lots of golfers finding the water.

Looking over key stats this week, we are looking for guys who are excellent tee to green players.  The greens here are Bermuda grass, so we also want to see if we can find some guys who are either great putters in general, or show a substantial improvement in their putting when they move to Bermuda greens. Trust me, there are guys out there that look like great course fits, but they can’t figure out putting on Bermuda greens. We’re going to avoid them. Other important things I am looking at include par 3 scoring, birdie making, bogey avoidance, and good drives gained. Finding the fairway and hitting it far is a big advantage.

JT comes in rated third in my model, just as he is priced as the third highest salaried golfer. Thomas rates out in the top 4 in 5/7 of the categories in my model, including being an exceptional birdie maker. This course requires going low usually, with the average winning score being around -16. So we need someone who can attack the pins, and JT is elite at that.

We might be able to get Adam Scott at a big discount in ownership this week. Scott was atrocious last week, missing the cut in the Arnold Palmer Invitational. But prior to that, Scott was in great form. He’s ranked 5th in my model, and his course history here is pristine. He’s finished in the top 12 in four consecutive years. People may be bitter about how he did for them last week, so we might get him lower than he should be.

Matsuyama’s price is just too cheap. He ranks 4th in my model, but is only the 14th highest priced player. His course history is exceptional, including a top ten appearance just last year. His putting as always is atrocious, but it slightly improves on Bermuda greens. If he can just manage to have an average putting week, Matsuyama can win this tournament.

Sungjae’s been one of the hottest golfers on the planet recently. We love guys that are currently playing well, and Im certainly fits that mold. He’s 6th in my model, and an elite birdie maker. He’s only played here once, last year and missed the cut, but I still like him for his mid range price.

Last week’s hero, as he took down the Arnold Palmer Invitational for us at 50-1 odds, is back in play here. TPC Sawgrass can be susceptible to winds, and Hatton is a terrific wind player, as he showed this week. So if the conditions get tough, Hatton is at an advantage. If the conditions are fine, then so is Hatton, as he ranks 9th overall in my model. Don’t expect him to win a second tournament in a row, but at this price, he doesn’t need to win to give us the value we need.

Berger might be one of the highest owned players on Draft Kings this week. His price is grouped around players who are priced at 100-1 and higher betting odds, yet his are 55-1. That’s not very good value to bet on him to win, but it’s great value to put him in your DK lineups. He’s ranked in the top 20 of my model, and he has played well here in the past. He should be able to deliver on his cheap price tag.