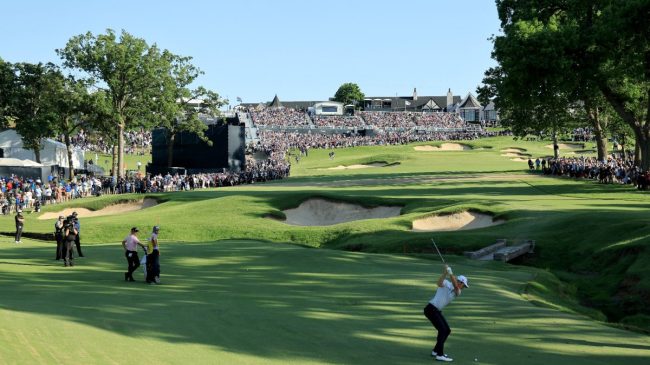 Justin Thomas pulled off one of the most improbable comebacks in PGA history on Sunday.

The now two-time major winner overcame a seven-stroke deficit on the tournament’s final day to edge Will Zalatoris in a three-hole playoff.

Thomas entered the last round of play at -2, while leader Mito Pereira opened the day at what looked to be an untouchable -9. Pereira struggled on Sunday, though, shooting +5 to finish the tournament at -4.

Both Thomas and Zalatoris were able to take advantage, overtaking Pereira on the final hole. Both finished at -5 for the weekend, forcing a playoff to decide the champion.

Thomas outshot Zalatoris -2 to -1 in extra play, landing him the huge win. It was just the sixth time in PGA history that a golfer had overcome a seven-shot deficit to win a tournament.

Due to the odds being stacked against Thomas, a few audacious bettors cashed in on the victory. He entered the final round as a massive longshot, resulting in huge payouts for those that backed him. One wager, in particular, saw a major return.

And here it is https://t.co/cvxMmOUaPn

Thomas will now enjoy the victory and reflect on the outstanding performance in what appeared to be a win that was out of reach. And this bettor can count their winnings as they’re now sitting pretty with an extra $50K.