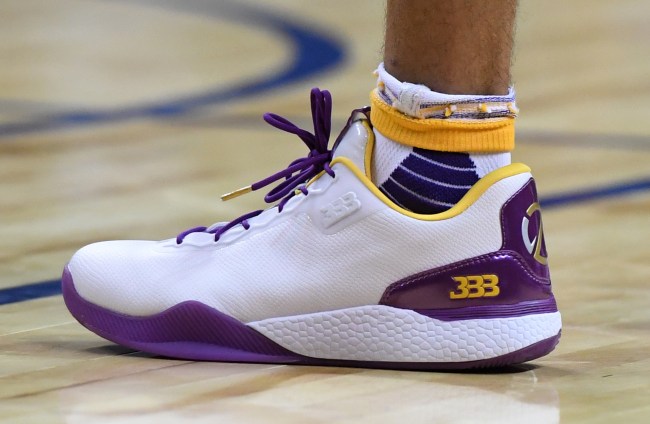 In the least surprising news of 2018, the Better Business Bureau has given Big Baller Brand apparel company an “F” rating. What’s worse than an F rating? Nothing. An F is the rating I would get if I started a business selling netted condoms.

Out of the 44 reviews of Big Baller Brand all the site, and every single one of them has been piss poor.

I ordered a shirt for my grandson for Christmas. I ordered it December 12, and haven’t received it yet. However, my Credit Card was charged for the item! Every time I send them an email, they blame it on the USPO. I have never received a notice that the item was even shipped! Never ordered from this company!

LIKE EVERYONE ELSE… I GOT SCAMMED BY www.BigBaller.com I didnt read the reviews here or on Facebook before ordering a hoodie for my teenage cousin for Christmas. They charged my credit card the day I click button on website. 1 month later… after Christmas.. No Product… No Response To Several Emails… Nothing! It is a SCAM Site and the Company is run by Criminals!

Trudging through all the awful reviews about shameful customer service and late shipping and I literally spit out my Four Loko when I stumbled across this one:

This company does not offer refunds. I purchased 2 items and was told there would be a 1-2 week delay. I have been waiting 6 weeks now, and when I asked why it was taking so long, I was called a “small baller”. At this point I believe they have decided to steal my money.

“This is very definitely substandard normal business practices for anybody,” Better Business Bureau of Central California CEO Blair Looney told TMZ. “As a result of the repeat pattern of complaints, the volume of complaints, Big Baller now has an F rating with the BBB, which is the lowest rating possible in the BBB system.”

God damnit, these reviews are really deterring me from buying $495 shoes that look like they came straight from the Payless clearance rack.