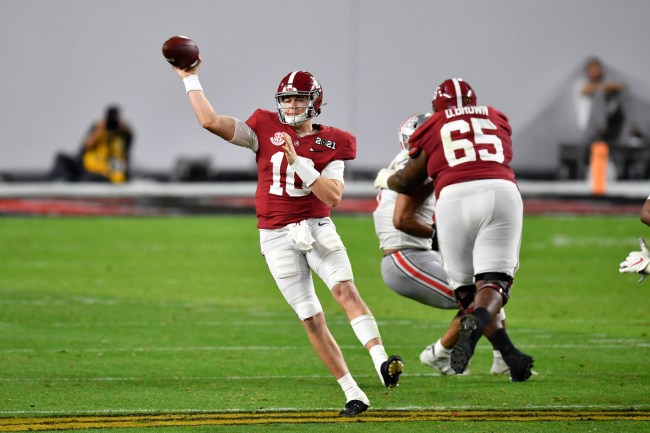 Alabama held its Pro Day on Tuesday afternoon to showcase QB Mac Jones throwing to DeVonta Smith and Najee Harris. Despite the fact that Jones threw some nice balls early on, he missed some deep passes that sparked some interesting reactions from those in attendance.

49ers head coach Kyle Shanahan, whose team traded up to the third slot in the draft, also didn’t seem impressed by Jones who overthrew another ball moments later.

Look at the fear on Kyle Shanahan’s stupid face as Mac Jones sails another one pic.twitter.com/wqyjKfUX0J

After Tuesday’s Pro Days, Ohio State QB Justin Fields made a strong case to get picked third overall in the draft over Jones with throws like these.