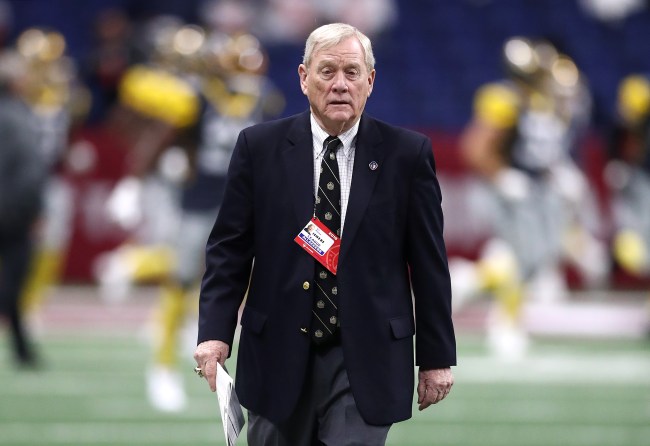 There’s dying on an unnecessary hill, and then there’s not voting for Lamar Jackson to be the quarterback of the 2019-20 NFL All-Pro team because you once had an infamously awful take about it.

Polian was one of three people to make this egregious snub, joining Pat Kirwan of SiriusXM and Jim Miller of SirisusXM.

The 77-year-old Polian famously said that Jackson should play wide receiver when he was entering the NFL. To his credit, Polian since admitted that his hot take about Jackson was wrong, as he has obviously since developed into a borderline dominant starting quarterback, leading the Ravens to the AFC North title and the #1 seed in the AFC Playoffs with a 14-2 record.

“I was wrong, because I used the old, traditional quarterback standard with him, which is clearly why John Harbaugh and Ozzie Newsome were more prescient than I was,” Polian told USA TODAY Sport back in early November.

During his remarkable sophomore season that will likely earn him the MVP Award, Jackson completed 66.1% of his passes while throwing for 3,127 yards, 36 touchdowns, and just six interceptions.

Of course, Jackson was also a record-setting rusher this season, as he ran for 1,206 yards and 7 touchdowns on just 176 carries. Jackson and the Ravens will take on the winner of the Texans/Bills game next week in the Divisional Round of the AFC Playoffs.