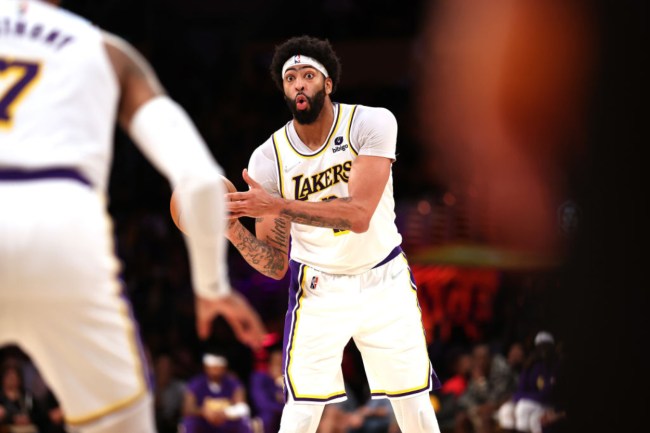 The Los Angeles Lakers have to shake things up this offseason after their abysmal campaign this year. Bill Simmons, like many others, thinks the Lakers could look to move Anthony Davis and he has a team in mind that may be willing to be a part of that move.

The Lakers aren’t going to trade LeBron James and they’re going to have trouble finding a team that wants to take on Russell Westbrook’s massive contract. This leaves Davis as the player that could be dealt, free up cap space, and fetch a big return in the process.

One team that could be looking to take things to a new level and bring in a superstar for the first time in quite a while is the New York Knicks.

Simmons thinks that the Knicks would even be willing to “overpay” for the big man.

During the Bill Simmons podcast, they we're talking about who could potentially be traded this upcoming off-season.

Simmons says that the Knicks could go big game hunting & maybe go after a guy like AD. Should be noted that Simmons thinks that RJ wouldn't be dealt. pic.twitter.com/4LumP5fgsA

It’s worth noting that Simmons doesn’t think RJ Barrett would be part of the return package if the Knicks were to trade for Davis.

Davis’ current contract runs thru the 2024-25 campaign and it will see him take home just under $38 million next season. That’s a lot to take on for any team, especially given his recent injury history, but could be a move worth taking for a Knicks franchise that’s been irrelevant for a number of years.