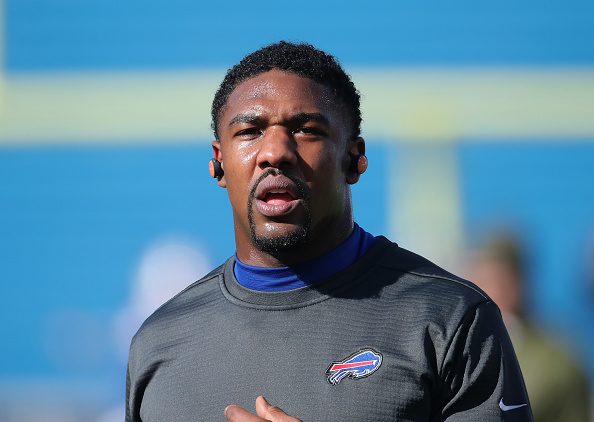 A bizarre scene unfolded after today’s Bills-Dolphins game as Bills defensive end was filmed threatening a ref for allegedly calling him a “bitch”.

Jerry Hughes Just sprinted past Bills locker room entrance to confront an official, screaming that the official called him “a bitch” on the field.

Jerry Hughes just ran to find the ref in the tunnel after the game. Said the ref called him a "bitch." Hughes was fuming. Had to be restrained.

#Bills DE Jerry Hughes ran after the refs after today's game accusing one of them of calling him a "bit**." Hughes had to be restrained by teammates. The league will look into the situation. pic.twitter.com/4aTTFRZTtE

Hughes would later play dumb when the media asked him about the situation with the ref.

Hughes initially declined comment in the locker room after the game, but later gave a blanket denial of this confrontation. Hughes said he didn’t recall anything about it and urged reporters, “Let me see the video.” https://t.co/yLKSp1x6Cm

Asked about confronting the official, Hughes said, “I don’t recall it.”

Asked about whether the official called him a “bitch” during the game, Hughes said, “I don’t recall it.”

Asked how to describe officiating in the game, Hughes said it was, “Fair." https://t.co/D0kubYC1re

The NFL has been notified about the video of Hughes going off on the ref and will look into the matter.

The NFL will be looking into video that shows Bills DE Jerry Hughes confronting an official in the tunnel after Sunday’s game, apparently accusing the official of calling him a “bitch,” and shouting, “I’ll catch you” before he’s restrained by a teammate.