Bills Fans Are Plowing Snow, Shoveling Driveways To Make Sure Bills Players Make It To Airport 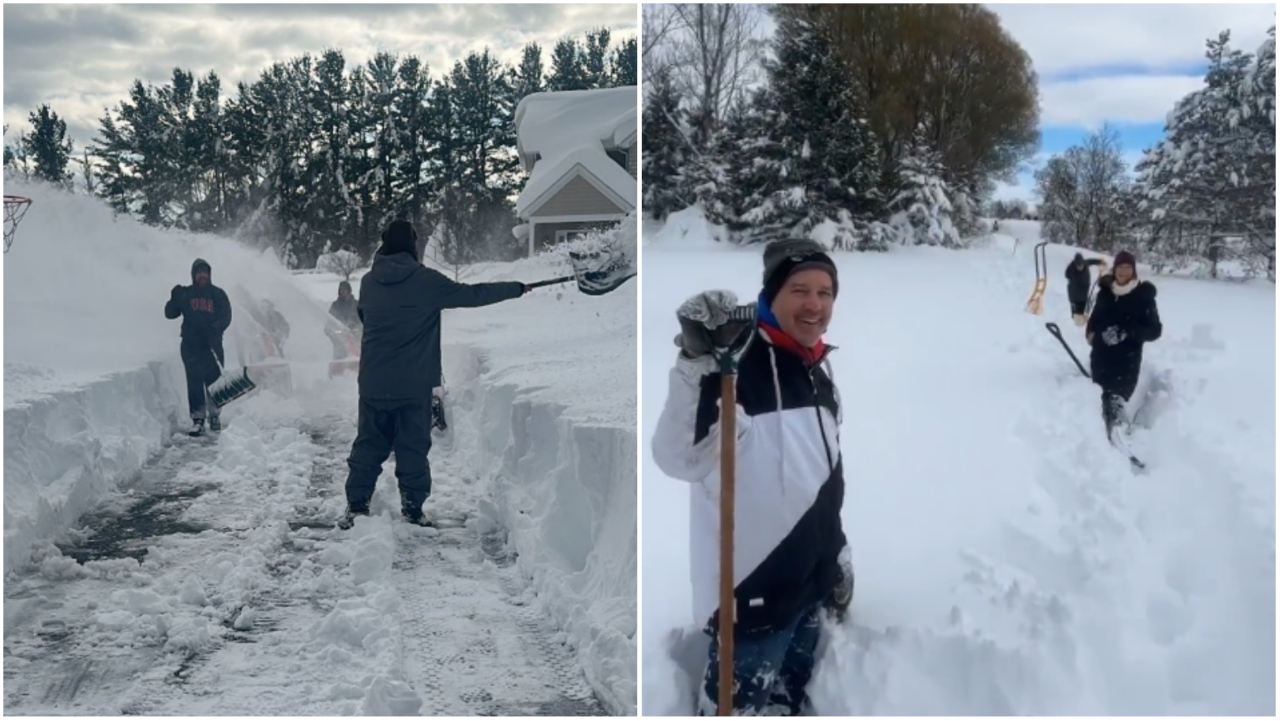 The Bills Mafia is going above and beyond to make sure Bills players make it to the airport for the team’s game against the Browns in Detroit.

In the past few days, the Buffalo area has been covered by 6feet of snow after a historic snowstorm.

The snow in Buffalo is intense ❄️ pic.twitter.com/oveNO7BGNp

I went outside my place for a minute to see two things… feel absolutely awful so seeing this right by the house helps. Im 6’4” for reference and the band from the Skyline in Buffalo…insane. Band drifting back into the city. Goodnight all.. pic.twitter.com/XQvQzSOexE

Things got so bad that some Bills players weren’t even able to get out of their house due to how much snow had accumulated outside of their homes.

On Saturday morning several Bills fans came out to plow and shovel driveways to make sure Bills players were able to make it to the airport so that they could leave for their game.

If you live by a bills player, get your ass out there and help them get to the airport. Your health and safety is irrelevant right now. This is your priority. #BillsMafia

Bills fans are helping Spencer Brown clear his driveway so he can make it to the game! #BillsMafia pic.twitter.com/wyLMmddUP9

To whoever cleared my driveway goat! #BillsMafia something special ❤️

Mafia, you never fail to amaze me! 💙 pic.twitter.com/qcCAgRsR82

It appears that Bills players might be able to make it out of Buffalo thanks to the help of the Bills mafia.

Despite the massive snow fall in Buffalo, the Bills’ team flight is on track to leave Buffalo for Detroit at 4 pm today.

The Bills play the Browns in Detroit on Sunday, then the Lions on Thanksgiving.