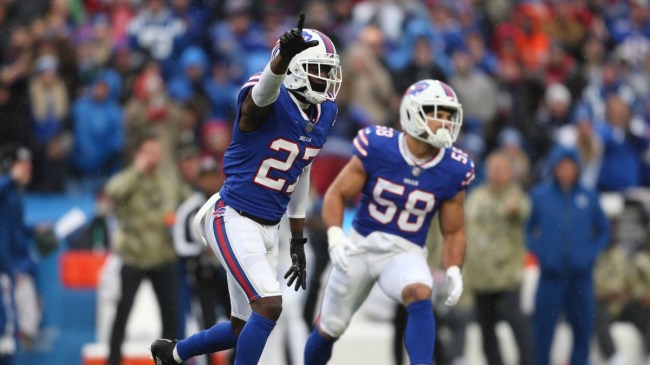 The Buffalo Bills have been one of the Super Bowl favorites for the 2022 season ever since their dramatic end to the 2021 season at the hands of the Chiefs. After all, with a quarterback like Josh Allen, top receiver like Stefon Diggs, and pass rusher like Von Miller, the sky is the limit.

However, one star player they haven’t had at their disposal is cornerback Tre’Davious White. White is one of the premier cover corners in the league. But, he tore his ACL near the end of last season and has been unavailable for this season so far. It sounds like that may change for the 7-3 Bills.

The star corner will play for Buffalo in their Thanksgiving Day clash against the Detroit Lions.

Tre’Davious White will reportedly be active today, marking his return to the lineup after tearing his ACL last November https://t.co/I4wD5g0TGF

The articles states, in part:

Bills star cornerback Tre’Davious White will be active for Thursday’s Thanksgiving Day game against the Lions, marking his return to the lineup after last November’s ACL tear against the Saints, according to NFL Network’s Ian Rapoport.

With White at full health, the Bills will gain a much-needed boost in the secondary against a Lions passing attack that is sure to put up some points through the air.

He’s anchored the Buffalo secondary since entering the league in 2017, and will give the Bills defense a shutdown option at corner if he returns to prior form.

The Thanksgiving Day clash kicks off at 12:30PM on CBS.