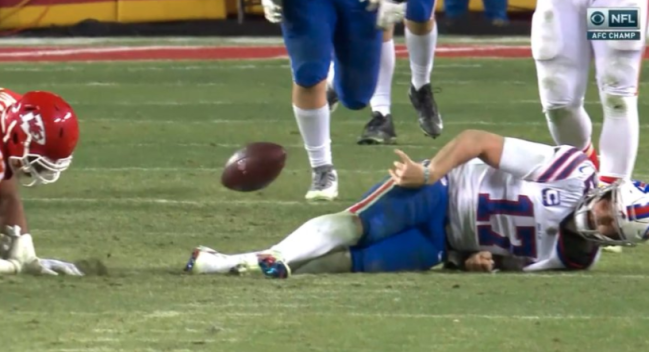 The Kansas City Chiefs put a beat down on the Bills on Sunday but despite the fact that it was a blowout things got a bit chippy at the end of the game.

With about three minutes left in the game, Chiefs’ Alex Okafor got angry at Bills QB Josh Allen for throwing the ball in his face which led to a brief skirmish between the two teams.

Thankfully things calmed down and both teams were hit with offsetting penalties.

It can be 8 dead-ball fouls against one side, 1 on the other team, they all offset