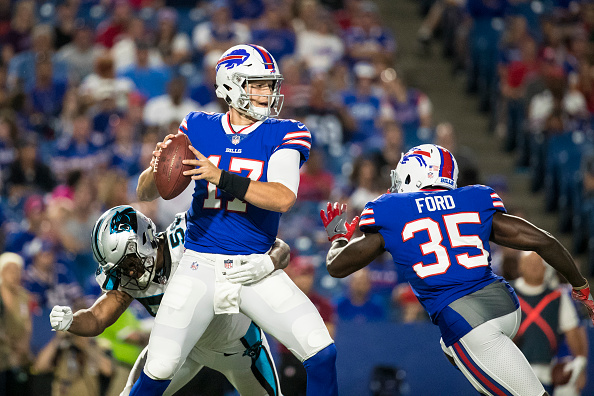 In an interview with GQ magazine Jaguars cornerback Jalen Ramsey offered his unfiltered opinions on several quarterbacks in the NFL.

To say Ramsey has some entertaining takes on the NFL’s quarterbacks would be an understatement.

Just take a look at all this high praise.

Ramsey’s biggest target in the interview was Bills rookie QB Josh Allen who he went on to call “trash”.

After today’s Bills practice, Allen was asked about Ramsey’s comments and here is what he had to say.

Bills QB Josh Allen‘s response to the comments by Jaguars CB Jalen Ramsey (he had not seen or heard them until asked): “He’s not on my team, he’s not my teammate. It doesn’t bother me.”

Allen on outside criticisms: “It doesn’t bother me. I don’t care one bit. I care about my teammates, what my teammates think about me.”

This wasn’t the first time Ramsey has taken a shot at Allen. Just a couple of months ago, Ramsey tweeted this regarding Allen.

Allen has the opportunity to shut up Ramsey when the Bills play the Jaguars on November 25th.

Something tells me even if Allen plays the game of his life and lights up Ramsey in the process, Ramsey will still call him “trash.”