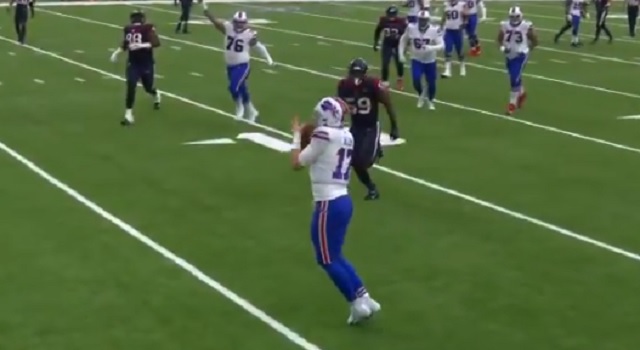 Josh Allen’s playoff debut is off to a historic start.

Early in the game, Allen was able to break off a big 42 yard run against the Texans defense.

Apparently Allen made history in his first ever drive in the playoffs.

Josh Allen is the first QB in NFL history with a 40-yard run and TD catch in any game … regular season or postseason.@pfref

Josh Allen is currently leading the Bills in rushing yards and receiving yards.

He's not leading the team in passing yards.