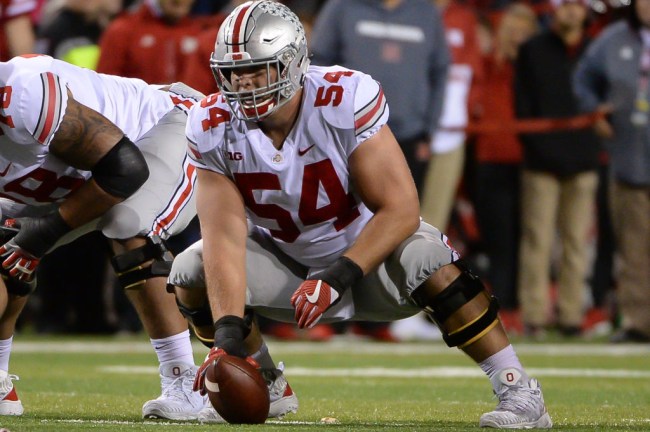 Ohio State standout offensive lineman Billy Price suffered an apparent injury while on the bench press during the 2018 NFL Scouting Combine on Thursday.

According to ESPN, Price only made it through a few reps before being forced to stop because of pain in his chest or shoulder area.

Price, who has been projected as a possible first-round pick, was in considerable pain during his fourth bench press rep. He immediately grabbed his left pec and left the stage grimacing.

He was scheduled to speak with reporters at 3 p.m. but was not available. It is possible he will speak Friday morning.

#OSU OL Billy Price suffered an apparent chest or shoulder injury during his bench press at the Combine. Not good. pic.twitter.com/mkieyY9E0Y

Price was named the Big Ten’s Offensive Lineman of the Year this past college football season and was also declared a unanimous All-America selection. Before the injury, Price was the second highest rated center going into the draft.

His status or severity of his injury is currently unknown. Sucks for Price but hopefully his injury isn’t too serious and that it doesn’t scare off teams from drafting him.

Update: According to The MMQB’s Albert Breer, Price suffered a torn pec during the bench press portion of the combine today.

Ohio State C Billy Price is believed to have a torn pec, per sources, and is waiting on an MRI to confirm. It happened on his third rep during the bench press at combine today.