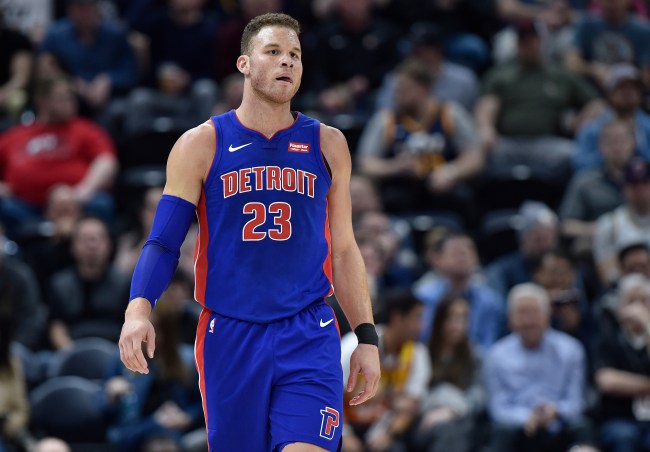 From an outsiders perspective, Blake Griffin being traded out of Los Angeles and into Detroit can only be compared to getting traded from Zach Morris’ lunch table to Stephen Glansberg’s. Getting shipped from a place where the weather is always pleasant and the women flock like the salmon of Capistrano to a place where they used to make cars and Cheddar Bob once shot himself could only be reasoned if the basketball opportunity was greater.

But, the Pistons, much like the Clippers, will likely finish the season one slot out of a playoff bid. Since Griffin’s arrival on January 29, the Pistons have gone 8-13. Currently the weather in Detroit is 39 degrees. In Los Angeles, it’s a balmy 69. Nice.

In the face of logic and reason, the 29-year-old Griffin seems to be enjoying the transition from Kendall Jenner to that chick who works at the local auto body shop. In a recent interview with The Undefeated, Griffin had this to say:

“If I wasn’t happy with where I was at or excited to be here, it would take a little bit longer,” Griffin said. “But as soon as I got here to Detroit, the franchise, the way they go about taking care of the players, the way they do everything, is first-class. So, that makes the transition much easier. [Coach] Stan [Van Gundy] and the whole staff has been awesome. I’m not looking back.

A not-so-subtle shot at the Clippers there. Looks like Griffin, like many, isn’t a fan of the Doc Rivers coach/president/protective dad role.

It’s a damn shame the Pistons and Clippers don’t meet again this season.