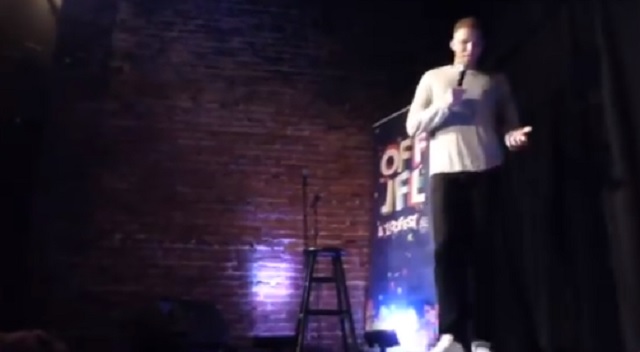 Earlier tonight it was reported that superstar forward Blake Griffin was traded to the Detroit Pistons for a bunch of pieces as the LA Clippers appear to blow up the team and possibly make a run at LeBron James in the offseason.

Clippers are including Brice Johnson and Willie Reed in the trade, league sources tell ESPN.

Back in 2016, the 28-year-old Griffin hilariously poked fun of how fickle teams are and how easily NBA players are traded.

Never forget the all-too-true joke Blake Griffin told about being traded during a stand-up set in 2016… [NSFW] pic.twitter.com/XypJzFmKk3

After the trade went down, Griffin took to social media and showed that he still has a sense of humor with this hilarious reaction post on Twitter.

While Griffin is putting on a brave face on social media it’s clear that Griffin loved playing in L.A. and getting traded by the team is probably a huge fucking bummer for him.