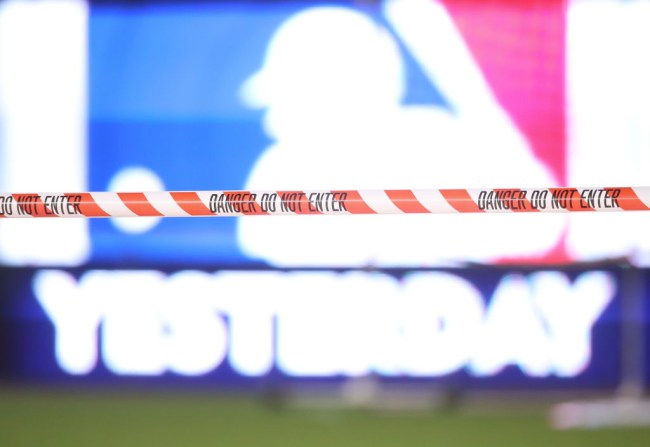 It’s been a weird month for weather across America, with some states on the East Coast seeing a 30-degree swing in temperature in a single day and the Midwest getting pounded by snow in April, which will undoubtedly make someone in your extended family going on Facebook and using this as proof that global warming doesn’t exist. The conditions have also had an impact on teams around the MLB, with more than 20 games already having been canceled due to various reasons including “it’s too fucking cold to play baseball in this shit.”

On Sunday, the San Diego Padres did the city’s board of tourism a solid and made light of the rash of postponements when they announced their game would be played as scheduled due to the area’s consistently enjoyable temperatures.

Attention: Due to weather, today’s game will be…

Yesterday, the Toronto Blue Jays took some inspiration from the tweet when they announced their game would also be played as scheduled thanks to the Rogers Centre’s retractable dome despite the ice storm that hit the city. Unfortunately, karma had other ideas.

Shortly after the team’s tweet was sent out, chunks of ice fell from the nearby CN Tower and damaged the roof of the stadium, which ultimately resulted in their game against the Royals being postponed. They deleted the tweet, but thankfully screenshots never forget.

Well this is awkward.

The Blue Jays— who are now officially the White Star Line of baseball— quickly went to work on a fix and announced today’s doubleheader would be played as scheduled.

While we're certainly not into making guarantees (anymore), today's doubleheader will go on as scheduled. Let's play ball! pic.twitter.com/xNqxj8Q18s

They might not have a weatherproof dome, but at least they have a sense of humor.