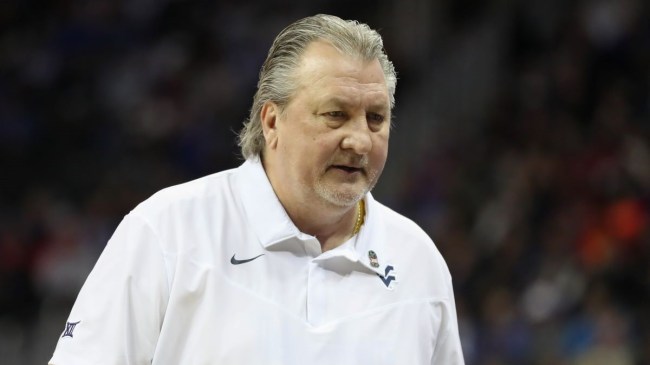 West Virginia basketball coach Bob Huggins has never been known to speak softly. The 69-year-old Morgantown native has put together an illustrious career that’s known as much for his success as it is for his often-boisterous attitude.

So it should come as no surprise that Huggins didn’t shy away from a controversial topic on Thursday. The long-tenured West Virginia coach was asked about the potential of Gonzaga joining the Mountaineers in the Big 12.

The Bulldogs are a powerhouse in the West Coast Conference and made the Final Four in both 2017 and 2021. But according to Huggins, they’d be in for a wake-up call in the Big 12.

The Big 12, led by perennial power Kansas, is one of the nation’s best basketball conferences. The Mountaineers found that out after joining from the Big East in 2012.

Now Huggins seems to believe that the Zags would be in for the same type of reckoning should they hop on board.

“I would think it would be a tremendous awakening for Gonzaga [to join the Big 12],” Huggins told reporters on Thursday when asked about the move.

“To get in this league and play who we play day-after-day, I would think it would be a tremendous awakening,” He continued. “You don’t get to make your own schedule in the Big 12.”

The Bulldogs and legendary coach Mark Few have faced criticism over their schedule in recent years. Many have called the Zags a paper tiger who routinely builds a strong resume on the back of a weak conference schedule.

But that has changed in recent seasons. Gonzaga improved its out-of-conference schedule and faced some of the nation’s best teams.

Would that prepare the Zags for the rigors of the Big 12? It’s difficult to say. But it’s that Huggins doesn’t believe so.