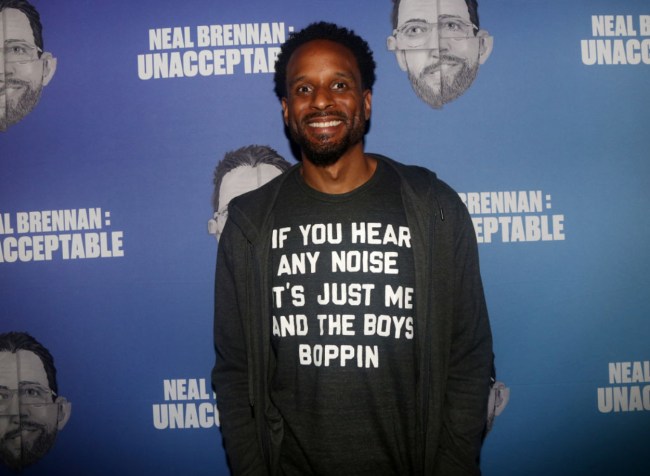 HBO has officially announced that it is renewing ‘Game Theory With Bomani Jones’ for a second season. It’s an interesting decision from the network given how few people actually tuned in to watch season one of the show.

Back in March, we wrote about what a slow start the show had gotten off to after its first two episodes. The first episode drew in 153,000 viewers. Jones’ content clearly didn’t resonate with the folks that tuned into the premier as just 44,000 viewers tuned in for episode two the next week.

The second episode’s ratings were so low they didn’t even register on the top 150 daily cable programs chart. ‘Paid Programming’ on CNBC, among many other obscure programs, outperformed episode two on that particular Sunday night.

The ratings didn’t get any better over the final four episodes of the first season, either.

According to Bobby Burack of Outkick, who closely covers the TV ratings world, the first season of ‘Game Theory’ drew the lowest ratings of any HBO original program on record. That ‘Paid Programming’ on CNBC, which aired at 2:00 AM, beat out Jones’ show not just once, but three times.

Getting beat out by an infomercial three times when your show’s first season consists of only six episodes is less than ideal.

Maybe the most shocking part of Jones’ ratings disaster is that the show aired directly after HBO’s highest-rated show, ‘Last Week Tonight With John Oliver.’ Oliver’s show before the ‘Game Theory’ premier garnered 664,000 viewers. Jones was only able to keep 153,000 of those people around for episode one, then the numbers dramatically fell off.

Back in 2016, HBO canceled Bill Simmons’ show ‘Any Given Wednesday’ after just one season despite it averaging about 200,000 viewers per week, which is more than double the average Jones’ show drew in.

Why ‘Game Theory’ Was Renewed For A Second Season

HBO shared a press release about ‘Game Theory’ being renewed for a second season to Deadline. Nowhere in the release are the words ‘ratings,’ ‘viewers,’ ‘viewership,’ or ‘popular’ found.

It doesn’t make any sense whatsoever for HBO to renew Jones’ show for a second season. The network made it clear that it was ratings-based when they canned Simmons’ show despite it having double the viewership as Jones.

The network doesn’t want to catch backlash on Twitter for 24 hours, even if that backlash was coming from random people who most likely didn’t watch a second of the show in the first place.

HBO won’t catch (as much) backlash after they inevitably cancel the show after the second season, because hey, at least the network tried.