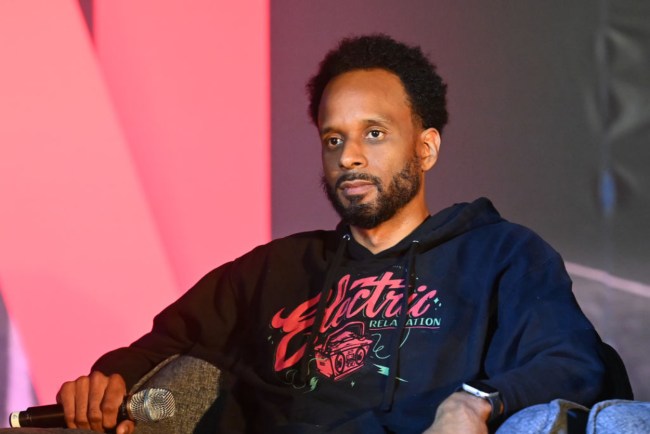 Bomani Jones has a new weekly show on HBO called ‘Game Theory.’ That may be news to you seeing as how not many people seem to be tuning in, therefore not many people are talking about it either.

Jones’ show premiered earlier this month airing directly after ‘Last Week Tonight With John Oliver’ a half-hour before midnight on the East Coast. Oliver’s program is the network’s highest-rated show, but viewers didn’t exactly stick around to catch the premiere of ‘Game Theory.’

According to ShowBuzzDaily, the first episode of the six-episode series garnered 153,000 viewers, which is a drastic dropoff from Oliver’s 664,000 viewers leading into the show.

As you would expect, the viewership for the second episode of ‘Game Theory’ was worse, much worse in fact.

The ratings were so low for the second episode that they didn’t even register on the top 150 daily cable programs chart.

According to Nielsen data obtained by Outkick’s Bobby Burack, just 44,000 viewers tuned in for episode two of the show.

Per the Top 150 daily chart, “paid programming” on CNBC outperformed ‘Game Theory’ on Sunday night, as did “Weekend Express” on HLN.

Jones, still employed by ESPN, has had successful, albeit short runs at the worldwide leader in sports, but lost steam in each of his most notable endeavors.

Back in 2017 his ESPN radio show ‘The Right Time With Bomani Jones’ ceased airing daily after debuting two years prior. The show was pushed to being a podcast after it reportedly lost 90 affiliates and recorded the lowest ratings in ESPN radio history.

The next year, Jones joined up with Pablo Torre to co-host ‘High Noon’ on ESPN, which was canceled in 2020.

The numbers certainly point toward ‘Game Theory’ only lasting one season.

HBO canceled Bill Simmons’ show ‘Any Given Wednesday’ after one season back in 2016, and it averaged 200,000 viewers.