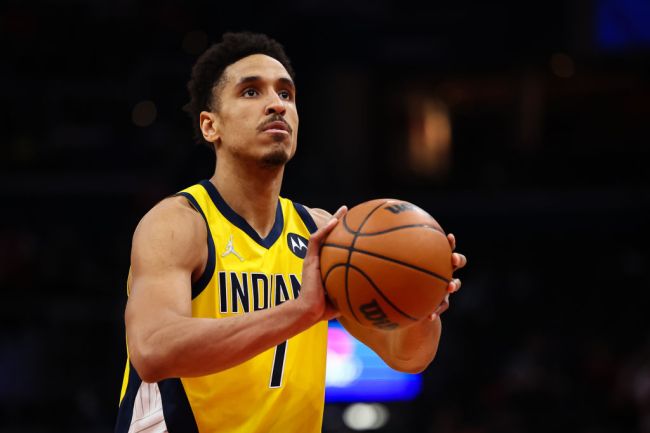 The NBA appears to officially be challenging the NFL for this year’s craziest offseason. The Spurs have already traded Dejounte Murray to the Hawks. Kevin Durant and Kyrie Irving both want out of Brooklyn. Now, the Boston Celtics and Indiana Pacers have joined the mix.

Today, Adrian Wojnarowski reported a shocking trade that will make a huge impact for the Boston Celtics. The Indiana Pacers traded Malcom Brogdon to the Celtics.

Not only did the Celtics land Brogdon, but they got him for an unbelievable price. All the deal cost them was a 1st round pick (which will be late in the 1st round), Aaron Nesmith, Daniel Theis, Nik Stauskas, Malik Fitts, and Juwan Morgan.

Daniel Theis played in 21 games last season. Nesmith played in 52. None of the other players the Celtics traded appeared in more than 8 regular season games. That is an absolute steal of a price for Malcolm Brogdon.

After acquiring Brogdon without having to give up any of the key pieces of their rotation, the Celtics have now become the betting favorites to win the NBA title next season.

THE BOSTON CELTICS (+500) ARE THE NEW FAVORITES TO WIN THE NBA FINALS NEXT SEASON @FDSportsbook 👀 pic.twitter.com/aT9FltnfcC

It’s not surprise that this move made them the favorites to win it all. After making it all the way to the Finals this past season only to lose to the Warriors in 6 games, they’ve now loaded up their roster even more.

The Celtics are STACKED:

It wouldn’t be too surprising if a bunch of contenders started making calls about Kevin Durant today after hearing about this Celtics trade.