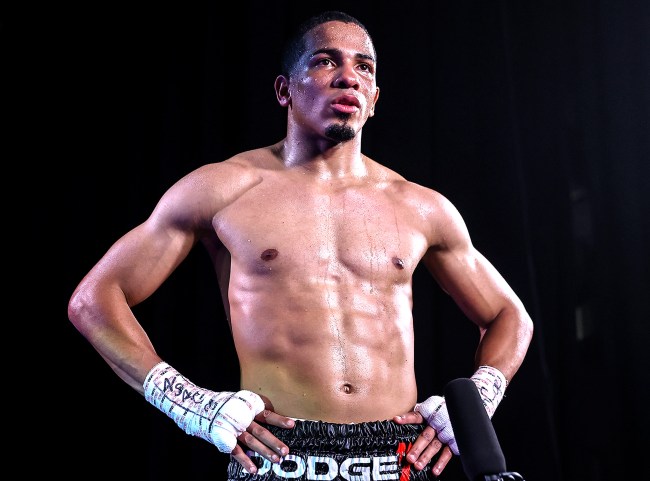 Rodriguez was reported missing when she did not show up to work on Thursday afternoon. According to Rodriguez’s family members, she was in a relationship with the married Verdejo and was going to tell him that she was pregnant with his child on the day she disappeared.

The 27-year-old lightweight from San Juan has been summoned to meet with authorities who are presently detailed to search for Keishla Marlen Rodriguez Ortiz, also 27 and who has been missing since Thursday morning. Verdejo and Rodriguez were alleged to have been romantically involved at one point, according to a report from Puerto Rican news publication El Vocero.

Rodriguez was declared missing after it was learned that she was absent from her job Thursday morning. The case was first reported after Bereliz Nichole, Rodriguez’s sister posted a video on her personal Facebook page to reveal that her sister was missing and asked for her fellow islanders for help in finding her.

Rodríguez’s mother, Keila Ortiz, told the media that she last spoke to her daughter on Thursday morning and says Rodriguez told her she was waiting for Verdejo to show him the pregnancy results.

Ortiz said she was at her job in Orlando, Florida, when she last spoke to Rodríguez on Thursday at 7am and learned her daughter was at her apartment waiting for Verdejo to arrive so she could provide him the results of a blood test that confirmed she was expecting with him.

Ortiz accused the married boxer of being behind her daughter’s disappearance because he had previously made threats against her and ordered her to have an abortion, she claimed.

‘He was threatening her not to have her baby. We are very happy because it is her first baby. We were happy with the news that she was going to be a mom,’ said Ortiz, who begged Verdejo to come forward with any information.

‘She told him, calm down, I will have her baby, you don’t have to recognize it. My baby’s name (will carry) my last name, calm down. I’m not going to bother you. And he told her no, that he is a public figure, that he (was worried about his career in) boxing.’

A body found in a lagoon in San Juan on Saturday is believed to be that of Kieshla Rodriguez Ortiz.

The medical examiner in Puerto Rico has positively identified, through dental X-rays, the female body found floating in the San Juan lagoon yesterday. The body is that of Keishla Rodríguez Ortiz. No arrests have been made in her death yet. pic.twitter.com/gPohZRCtYi

Local authorities have seized Verdejo’s vehicle after a similar car was seen nearby where the body was found.

Police have occupied the vehicle of Félix Verdejo, a local boxer romantically linked to Keishla Rodríguez, a 27-year-old woman who vanished on Thursday in Puerto Rico. A similar car was seen in video footage near the Laguna San José, where the body of a woman was found today.