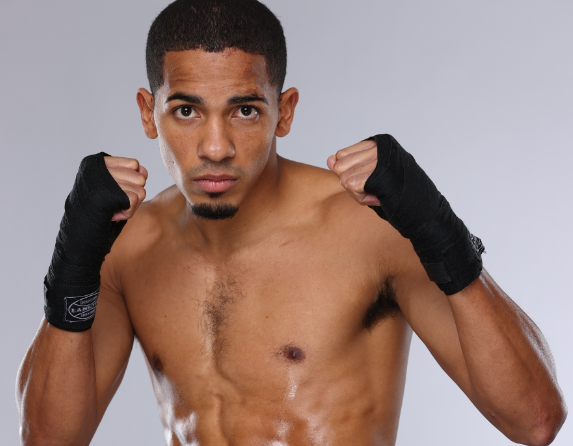 Puerto Rican boxer Felix Verdejo has been arrested and charged with the murder of the 27-year-old Keishla Rodriguez Ortiz.

BREAKING: Famed boxer Felix Verdejo has surrendered to authorities in Puerto Rico after the discovery of his girlfriend Keishla Rodriguez Ortiz’s body in a lagoon. https://t.co/V4JGgsKLqM

Rodriguez had been missing since Thursday and her body had been found in a nearby lagoon. According to Rodriguez’s mother her daughter was going to meet the married boxer with whom she having affair with to tell him she was pregnant with his child.

Ortiz said she was at her job in Orlando, Florida, when she last spoke to Rodríguez on Thursday at 7am and learned her daughter was at her apartment waiting for Verdejo to arrive so she could provide him the results of a blood test that confirmed she was expecting with him.

Ortiz accused the married boxer of being behind her daughter’s disappearance because he had previously made threats against her and ordered her to have an abortion, she claimed.

‘He was threatening her not to have her baby. We are very happy because it is her first baby. We were happy with the news that she was going to be a mom,’ said Ortiz, who begged Verdejo to come forward with any information.

According to allegations made by the prosecution, Verdejo with a help of an accomplice met with Rodriguez, punched her, drugged her, tied her up with a block and threw her body into the lagoon.

BREAKING: Prosecutors in Puerto Rico alleged that boxer Felix Verdejo called someone on April 27th to ask them to help him terminate the pregnancy of his girlfriend. On April 29th, Verdejo allegedly contacted the victim Keishla Rodriguez Ortiz asked asked to meet near her home.

Prosecutors then allege that a block was tied to the victim. The witness who was there allegedly took the victims keys and got in the victims vehicle.

Verdejo & the witness allegedly then drove onto the bridge where the victim was removed from the vehicle and tossed off the side of the bridge into the water. Verdejo allegedly shot at the victim with a pistol from the bridge. The victims car was then abandoned.

Verdejo could be eligible for the death penalty if convicted.

Boxer Felix Verdejo is facing the death penalty after he was arrested and charged for the disturbing murder of his pregnant mistress Keishla Rodriguez Ortiz
https://wp.me/p509sG-1yNjj