Boxer Nahir Albright Destroys Opponent, Sings Boyz 2 Men In The Ring And Then Shoots His Shot At Ashanti 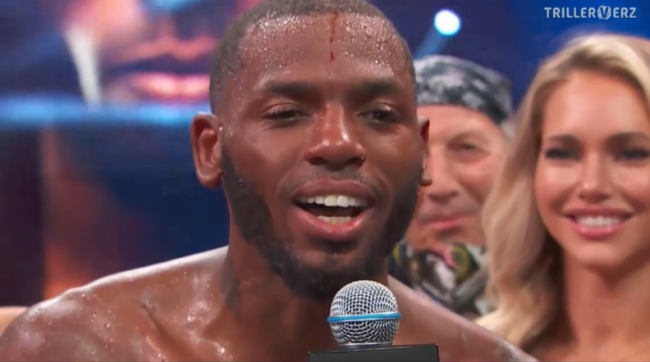 Boxer Nahir Albright is aiming for the moon after his latest win.

On Tuesday night, on the latest TrillerVerz card at the Hard Rock Hollywood, Albright dominated his opponent Michael Dutchover, knocked him down four times which led to a physician stoppage in the sixth round.

Nahir Albright (14-1, 7 KOs) gets a big sixth round corner stoppage over Michael Dutchover (15-2, 10 KOs), dominating the entire fight with four knockdowns until the Florida ringside physician stopped it. Big win for Albright. Him and Frank Martin is a fight I would love to see.

After the fight, Albright decided to shoot his shot at R&B singer Ashanti and even serenaded her with the Boyz 2 Men song “It’s So Hard To Say Goodbye To Yesterday.’

Albright says he’s serious about his singing career and is interested in recording albums alongside his boxing career.