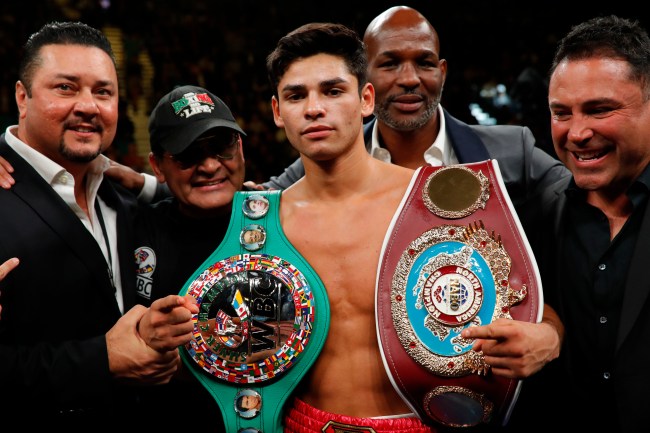 22-year-old Boxer Ryan Garcia is on the verge of superstardom in the boxing ring, but unfortunately, he’s currently making headlines for all the wrong reasons.

Over the weekend, Garcia was filmed making out with famous social media influencer Malu Trevejo while out in LA.

i still can’t believe that ryan garcia and malu trevejo hooked up with each other- i really was simping for ryan.. pic.twitter.com/X9zDQqDEbr

After the video went viral on the Internet, Garcia’s pregnant fiancée Drea Celina put him on blast and claims he told her he was training for a fight while he was actually out cheating on her with Trevejo.

Trevejo went on to release a video in which she explains that she unaware Garcia had a pregnant fiancée.

TODAY IN “WHO COULD’VE SEEN THAT COMING?”: Malu Trevejo explains Ryan Garcia never told her that he was engaged before they went to dinner and kissed. She adds that when she called him today and asked him about it, he said he didn’t say anything because they’re “off and on.” pic.twitter.com/SKh5HTa1v2