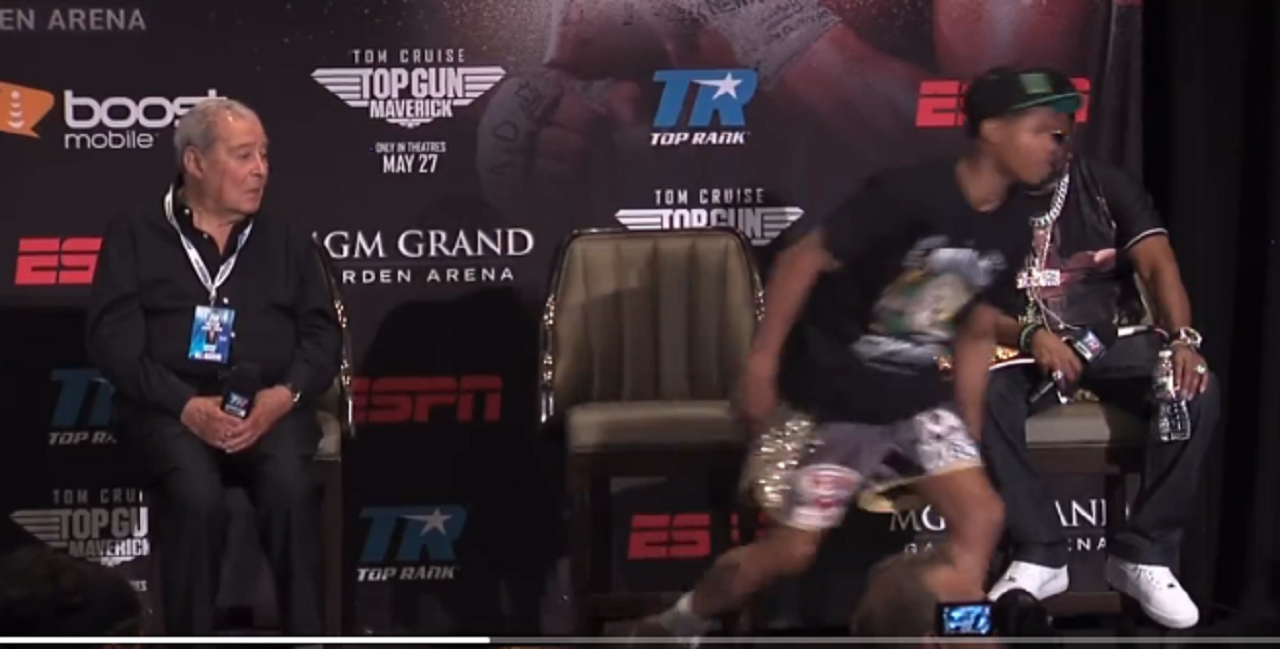 Boxer Shakur Stevenson was involved in a bizarre altercation after his fight on Saturday night.

During his postfight press conference, Stevenson heard a commotion in the backroom and ran out of the room while speaking to the media.

Not exactly clear what happened, but Shakur Stevenson's post-fight press conference just ended like this…

Apparently, two women tried to attack Stevenson’s mom, which led to the brawl.

There was a commotion to our left as Shakur Stevenson was doing his press conference. He jumped down off the stage and many people ran out of the room, along with him

Apparently two women are accused of attacking Shakur Stevenson’s mother, which abuptly concluded the news conference when Shakur rushed to her aid. Was unclear what was happening in real time #ValdezStevenson

Wow. Wasn’t expecting that breakout. What a shame to see at the end of a great fight night. @ShakurStevenson @AgFight #ValdezStevenson #boxing #toprank pic.twitter.com/GOzYgthahp

Update: Other reports are claiming Shakur’s mother and members of his family got into it with security.

In middle of his press conference, Shakur Stevenson jumped off the stage, ran out of the media center because he heard his mom's voice outside. Security was giving her a hard time coming in. An abrupt and bizarre end to the presser. Never seen that before. #ValdezStevenson