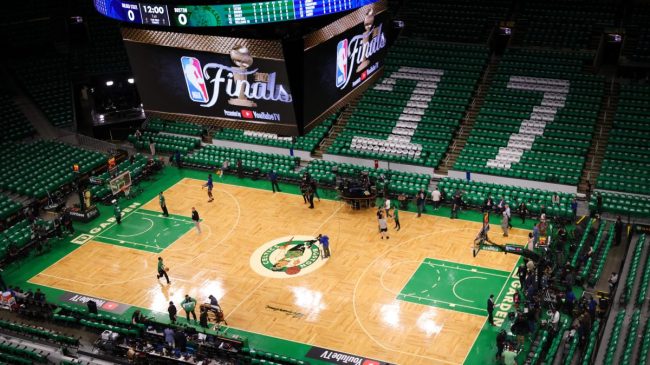 The Boston Celtics came up a couple games shy of winning an NBA title in 2022. The C’s were taken down 4-2 in the Finals series by the Golden State Warriors after winning two of the first three contests.

Boston plans to get back to the Finals next year, and while they certainly boast a strong core of playmakers, the team could look to improve its roster even more over the offseason.

They’ve already been linked to trades for Marcus Morris, Rudy Gobert, and Bradley Beal. They’ll also have to decide whether or not to hold on to players like Al Horford and Marcus Smart. Jaylen Brown and Jayson Tatum should return after spectacular seasons.

Brad Stevens addressed these concerns and more during a Tuesday morning press conference. It seems that Stevens is ready to bring even more star power to the lineup.

Brad Stevens suggests the Celtics could add another star this offseason

Stevens reflected on a successful season, but he also knows there are areas for improvement.

Depth and consistent scoring threats were certainly void at times during the Finals, but what Stevens said later in his interview should give the Celtics hope for the immediate future.

When asked whether ownership has given the freedom to spend this offseason, the Celtics executive gave an encouraging response.

“We’ve got the OK to do whatever we need to do.”

Money shouldn’t be an issue in the decision-making process which could help the franchise to lure star power to Boston. Should the Celtics add more scoring to a team that boasts the league’s best defense, the rest of the NBA might be in trouble next season.