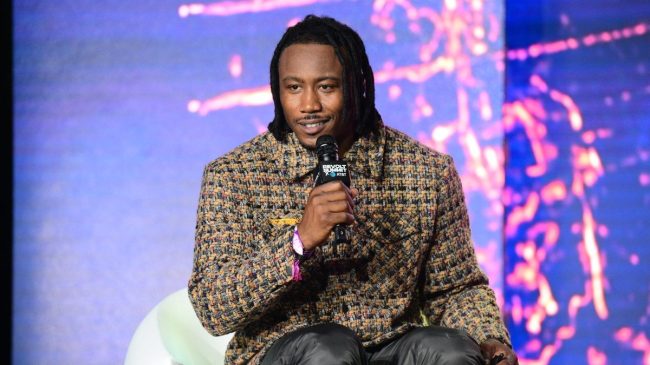 After Tua Tagovailoa fell to a scary head injury, NFL stars have begun opening up about their experiences with concussions. Some players have admitted they lied to the team doctors to pass the test, while some share what it was like suffering from the head injury. Former wide receiver Brandon Marshall now opens up about his experience and reveals some of the truth behind the seriousness of concussions.

During an appearance on Up & Adams with Amy Adams, the former wide receiver tells his story about a time he suffered a concussion in 2010. Brandon Marshall reveals exactly what was going through his mind and the reason why he didn’t notify anybody of his injury. Additionally, Marshall opens up about a scary truth about what he went through two-three weeks after the concussion.

“After that hit I couldn’t close my eyes without stumbling. I couldn’t tie my shoes, and I didn’t let anyone know…”⁰
Brandon Marshall reflects on the time he kept quiet after suffering a concussion in 2010 during a contract year.

The pressure of performing well and receiving a big paycheck clearly motivated Brandon Marshall to remain on the field. At the time his family was relying on him to come through. That’s a ton of pressure for anybody to deal with and explains why so many pro athletes choose to ignore the dangers of a concussion.

Marshall isn’t the only NFL player revealing they lied about being concussed. In fact, most professional athletes will do everything possible to remain on the field, court, or whatever they play on. This is just another example the league needs to use in order to make the necessary changes. Since the players tend to downplay concussions, the NFL must find a way to protect the athletes.

Hopefully, these stories are a wake-up call to the NFL. Tua Tagovailoa suffered a very scary injury in his last game and we hope he makes a quick and full recovery. We’ll see how it plays out for the Dolphins quarterback. However, all eyes are on the league right now to make some serious changes.