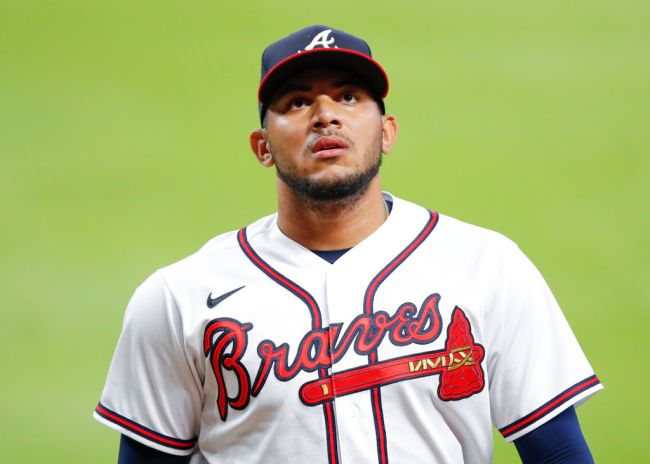 For some reason, when emotion gets the best of some athletes, they’ll take out their frustrations by punching extremely hard objects. You see football players punching guys in the helmet all the time, and another battle your hand is going to lose 100 times out of 100 is against a bench, specifically a dugout bench. Just ask Braves’ pitcher Huascar Ynoa.

Ynoa has been a real bright spot for the Braves this season, both on the mound and at the plate, but Atlanta will be without the 22-year-old for at least a couple of months after he decided to punch the dugout bench on Sunday resulting in a broken throwing hand.

Huascar Ynoa broke a bone in his pitching hand when he punched the dugout bench in frustration after coming out of Sunday's game. He will be out a couple of months, #Braves manager Brian Snitker said. "It's a shame," Snitker said. "Probably nobody that feels any worse than him."

Ynoa didn’t have his best stuff during Atlanta’s 10-9 loss to the Brewers on Sunday. He gave up nine hits and five earned runs in just 4.1 innings on the bump. Ynoa had given up more than five earned runs only once in his eight other appearances heading into Sunday’s game, so you can understand the frustration when the Brewers were able to get the best of him.

Having said that, the No. 1 rule for a pitcher is to protect their throwing hand at all costs. Punching an immovable object like a bench in the dugout isn’t the smartest of choices, but hey, we’ve all been there. Punching dugout benches, walls, TVs, hell I’ve seen humans punch a car window.

Braves fans have to be sick with Ynoa’s injury news given just how good and fun he’s been so far this year, especially given the fact that Atlanta has gotten off to a slow start at just 19-21 on the season.