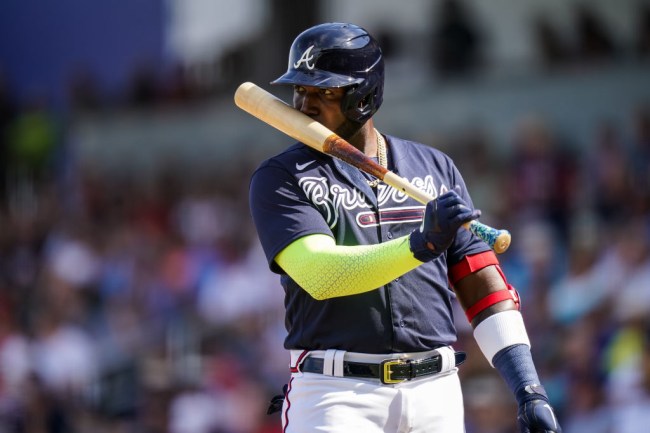 Atlanta Braves outfielder Marcell Ozuna and his wife, Genesis, recently got into a bit of an argument that involved a soap dish, according to recent reports.

According to Fox Sports radio host Andy Slater, Ozuna suffered a “small laceration” on his face after his wife allegedly picked up said soap dish and hit him with it. It’s unknown whether or not she hit him with the dish while holding it or threw it at his head.

Fire rescue checked out Ozuna's facial injury which was said to be a "small laceration."

His wife pleaded not guilty and was given a stay-away order.

As of now, Ozuna has not made any comments about the alleged incident but did post a photo to his Instagram stories on Friday showing off a ‘Marcel and Genesis’ jewelry piece.

Ozuna recently signed a one-year, $18 million deal with the Braves after spending the previous two seasons in St. Louis with the Cardinals.