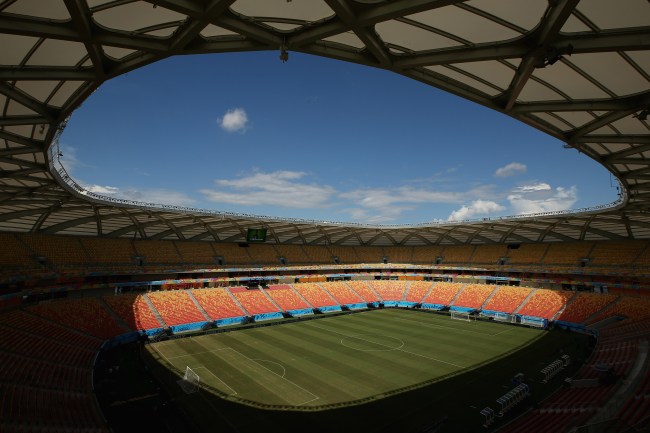 In preparation for the 2014 World Cup, Brazil spent $3.6 billion to build or renovate a total of 12 stadiums spread throughout the country. The project was a nightmare for Brazilian authorities, as “cost overruns, legacy concerns, and missed construction deadlines” proved to be seemingly endless.

Concerns came to fruition, as four years later, many of the stadiums remain nothing more than underused fossils.

As Business Insider points out, The Arena da Amazonia, located in Manaus, Brazil, is one of them. It’s location in the middle of the Amazon and very hard to travel to, took four years to build, cost the Brazilian government $220-$300 million, and three workers died during construction. The stadium was used for just 4 matches during the World Cup and a few matches during the 2016 Olympics.

This year, Russia spent a reported $14 billion to host the World Cup, the most expensive competition in its history. The official budget for the tournament had been amended 12 times since Russia won the bid to host the Cup in 2010. Russia intends to spend more than $200 million  to make sure stadiums built for the World Cup do not go to waste after the tournament ends. The host cities will use the World Cup to revitalize struggling domestic league interests.