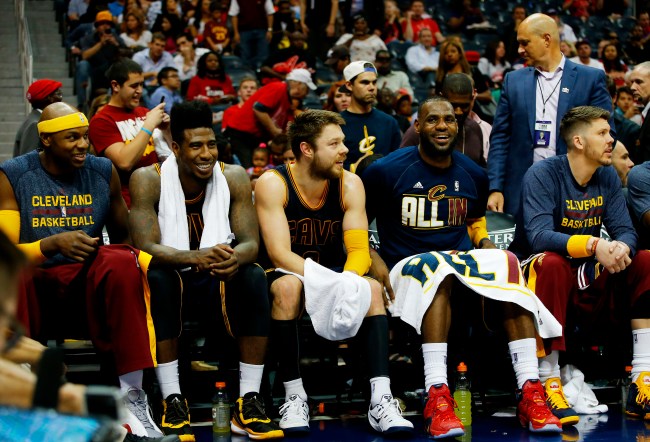 During his time in the NBA, Haywood was one of the few players who was able to play alongside both Michael Jordan and LeBron James.

Brendan Haywood played with Jordan and LeBron. Anyone else do that? pic.twitter.com/oP57fTreD8

Last week, Haywood was interviewed by HoopsHype about his relationship with both NBA legends and he recalled a funny story about the first time he came in contact with LeBron. According to Haywood, LeBron tried to recruit him to Cleveland back in 2010 and strangely introduced himself “King James” while doing so.

"I get a text from a number that I don’t know. It’s LeBron. He says: ‘What’s up, this is King James.’ It was a little weird he called himself King James but I kept going." https://t.co/fcyMzUo0aC

When I was in Dallas, LeBron was thinking about going to Miami,”. “Before he went to the Heat, he was recruiting guys to come to Cleveland. I get a text from a number that I don’t know. It’s LeBron. He says: ‘What’s up, this is King James.’ It was a little weird he called himself King James but I kept going

He told me he was trying to get guys to come to the Cavs. He said he knew that they could not give me what I was going to get in the market. But he wanted to know if I would be willing to take a pay cut to be a part of something special. I wouldn’t have taken a pay cut to play with the ’92 [Chicago] Bulls. Buddy, you’re making $100 million off the court! This is my last hurrah! I hadn’t made enough money in my career to take a pay cut and chase a championship. I’d played so many playoff series against him that I saw him as another player. If you play in the league, you look at guys a little differently. He was younger than I was. I looked at him like he was anybody else.”

Haywood would go on to team up with LeBron in 2015 and has nothing but good things to say about the NBA superstar as a teammate.

It was great playing with LeBron because he is one of the best teammates ever. He really wants to have everybody included. He wants to have guys on the same page. He wants to do things off the court to get guys engaged with each other, whether it’s taking guys out to the movies or having a room in the hotel where everybody could down and watch TV, eat, play video games.

It’s pretty hilarious that LeBron just straight refers to himself by “King James” to other players.