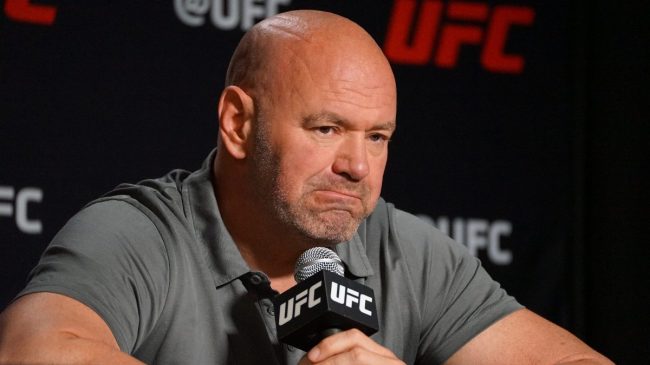 Dana White has faced some criticism over recent years for the way he handles the UFC. Now, the former fighter turned comedian Brendan Schaub has entered the chat. Apparently, these two are going at it and Schaub decided to absolutely dunk on the UFC President.

UFC 279 was a hot mess. We had Khamzat Chimaev miss weight, then Dana White changed up the entire fight card just a day before the event. Many had questions about what transpired, but White has been tight-lipped about the whole thing.

However, Brendan Schaub threw out some of his opinions on what might have happened leading up to UFC 279. Dana White didn’t appreciate it and went on a long rant, accidentally mistaking Schaub for Pat Miletich.

Pat Miletich took a stray from Dana White over a UFC 279 conspiracy theory.

Brendan Schaub clearly didn’t appreciate it. After Dana White’s press conference, the fighter turned comedian responded with a lengthy message on Instagram. Calling out the UFC President for everything that’s been going on in recent years.

Brendan Schaub went *OFF* on “dork with a frat bro vocabulary” Dana White. 😳

Is anyone else nearly finished with their bag of popcorn? These two have gone at it in the past and it doesn’t look like it’s going to end soon. We’ll see if Dana White responds to Brendan Schaub again, especially considering they’ve exchanged harsh words about one another.