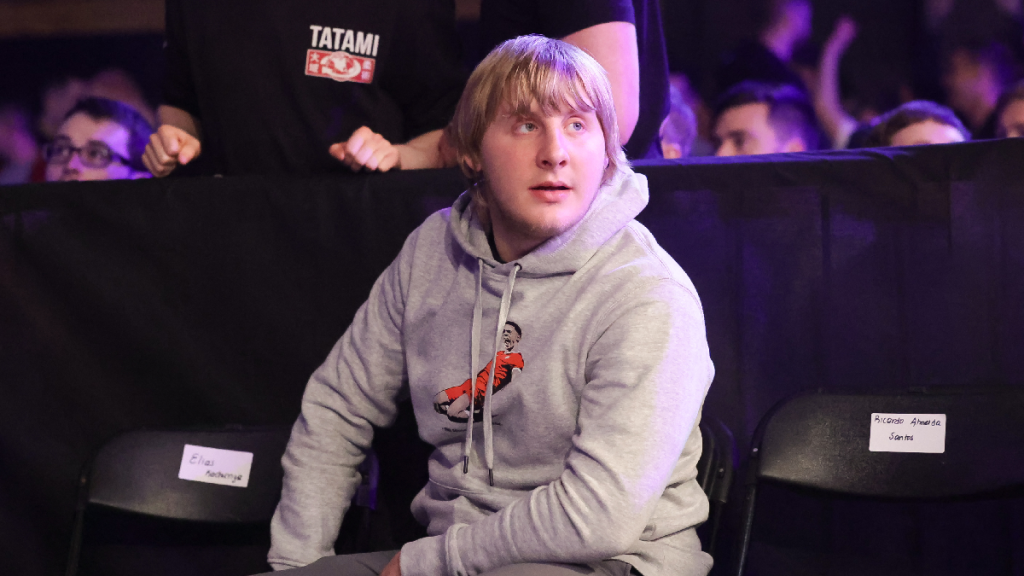 Paddy Pimblett aka Paddy ‘The Baddy’ has become one of UFC’s biggest rising stars. He currently fights as a UFC Lightweight which requires him to maintain a weight between 146 to 155 pounds. That’s not exactly easy for a guy with Paddy’s 5’10” build but he’s been able to maintain 155 pounds (so far) healthily.

Paddy Pimblett made his Ultimate Fighting Championship (UFC) debut against Luigi Vendramini on 4 September 2021 in UFC Fight Night 191, a fight that he won by knockout in the first round. He has since appeared in two UFC fights and won both. His second UFC bout was a rear-naked choke win against Rodrigo Vargas in March and his third fight was a rear-naked choke win against Jordan Leavitt in July. Overall, he holds a 19-3 (W-L) record in his MMA career.

Taking a step away from the UFC Octagon, Paddy Pimblett joined a group of US Marines for training. He worked out with them and then assisted in grappling and Jiu-Jitsu training. It then culminated with Paddy Pimblett fighting 10 US Marines back-to-back and forcing each one of them into submission with relative ease.

The first portion of the video are the training sessions, then the Paddy vs US Marines fights come around the 5:45 mark. I’ve set the video to start around then but you can jump back to the beginning if you’d prefer to watch the whole thing:

It is hard to tell how much effort Paddy Pimblett was even exerting as he easily took down the 10 US Marines because he was already red and sweaty before the grappling started. Paddy also had to operate carefully as he couldn’t risk seriously hurting any of the US Marines or it would’ve been incredibly awkward trying to get out of there.

As for the results, the US Marines were never expected to win or even compete with Paddy. This is Paddy’s specialty, the thing he trains and perfects every single day. So for them to even make it out of there without suffering an injury is impressive.

What else has The Baddy been up to lately?

As he becomes a rising star in the UFC World, Paddy Pimblett recently appeared on Steve-O’s Wild Ride! podcast. He actually weighed himself on the podcast which made for some incredible content.

The 27-year-old Pimblett appeared on the podcast and weighed in at 206.6 pounds, more than 50 pounds over the lightweight limit. Pimblett, who recently weighed in at 155 a month ago at UFC London, told Steve-O that he feels that’s got an eating disorder because of MMA.

“I’ve had party days, you know what I mean, I’ve been bad then. I got into gambling a little and I was bad with that. I think now it’s moved on to food,“I genuinely think I’m a food addict. I think I’ve got a bit of an eating disorder because of MMA. The weight cuts, dieting, I genuinely think I have a bit of an eating disorder. People when they go eat with me they are visibly shocked at how much I can eat.”

Pimblett believes he’s going to be on UFC’s December 10th card so he has plenty of time to shed the weight before his next fight.

Paddy Pimblett also famously spoke out about mental health during UFC London with a passionate speech about suicide prevention:

Paddy Pimblett: “I woke up on Friday morning 4am to a message that one of my friends back home had killed himself, this was 5 hours before my weigh in. So Ricky, that’s for you.”

“There’s a stigma in this world where men can’t talk, if you’re a man and you have weight on your shoulders and you think that the only way you can solve it is by killing yourself, please speak to someone, speak to anyone, people would rather, I know I’d rather my mate cry on my shoulder than go to his funeral next week, so please get rid of this stigma and men start talking.”

As for his rising celebrity status, I’m not saying it’s the hair that makes Paddy Pimblett such an instant celebrity in the sport but it’s certainly helped raise his profile…