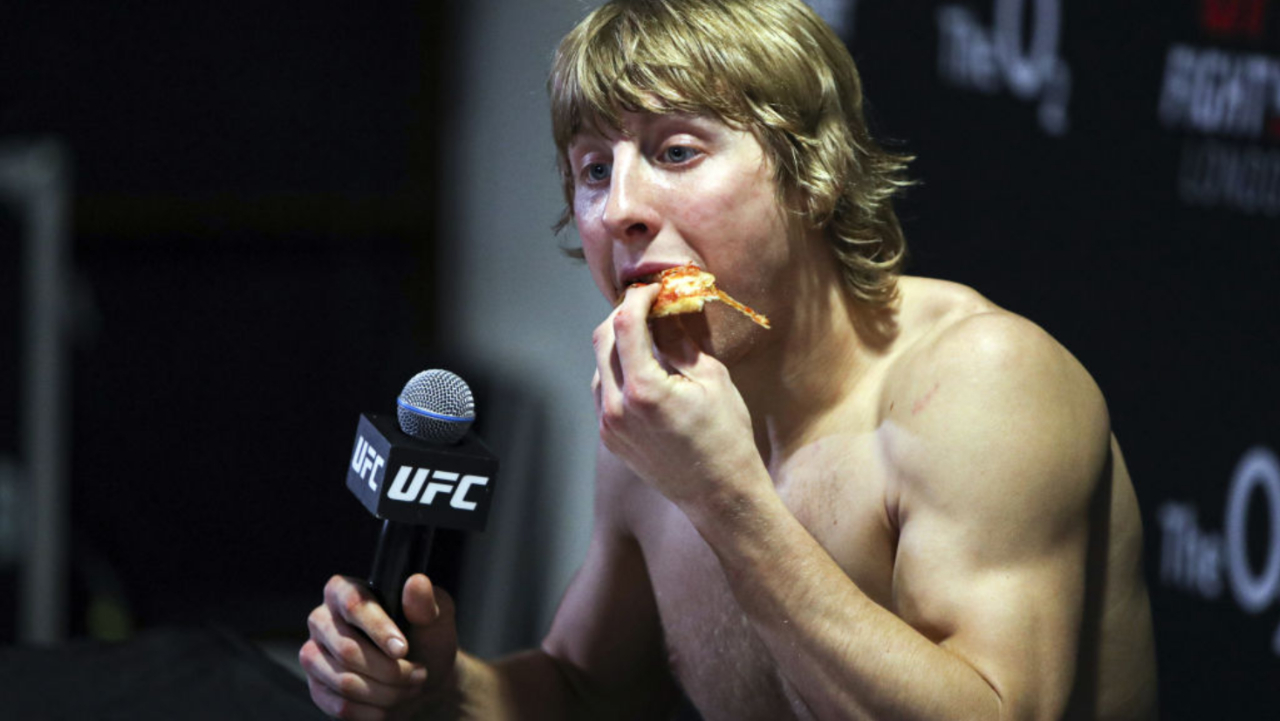 UFC lightweight Paddy Pimblett is on his way to superstardom inside the cage but says he’s struggling with his weight while he’s not training.

The 27-year-old Pimblett appeared on Steve-O’s Wild Ride podcast and weighed in at 206.6 pounds, more than 50 pounds over the lightweight limit. Pimblett, who recently weighed in at 155 a month ago at UFC London, told Steve-O that he feels that’s got an eating disorder because of MMA.

“I’ve had party days, you know what I mean, I’ve been bad then. I got into gambling a little and I was bad with that. I think now it’s moved on to food,“I genuinely think I’m a food addict. I think I’ve got a bit of an eating disorder because of MMA. The weight cuts, dieting, I genuinely think I have a bit of an eating disorder. People when they go eat with me they are visibly shocked at how much I can eat.”

Pimblett believes he’s going to be on UFC’s December 10th card so he has plenty of time to shed the weight before his next fight.

“No fight on the schedule but I got my eye on the Dec. 10 card, It’s got me excited, to be honest, I haven’t been excited in a long time. If you share the Octagon the same night as Jon Jones you’re gonna be excited.”

UFC President Dana White admitted that Pimblett’s off-season weight gain is bad for him but says it’s up to the UFC star to figure it out.

Dana White won't tell Paddy Pimblett to get his weight under control, but warns the rising star what he's doing is "very bad."

"We have to be very specific when we plan fights for him, because he’s nowhere near close to weight."

“It’s not good for you,” We all know that. We all know that fluctuating and cutting that much weight is very bad, and it definitely doesn’t prolong your career. It’s tough on your body and your organs and stuff like that. But he’s a grown man and he can do whatever the hell he wants to do.