Brent Venables Doesn’t Want Recruits To Commit Until They’re Ready To Get Married, Kind Of 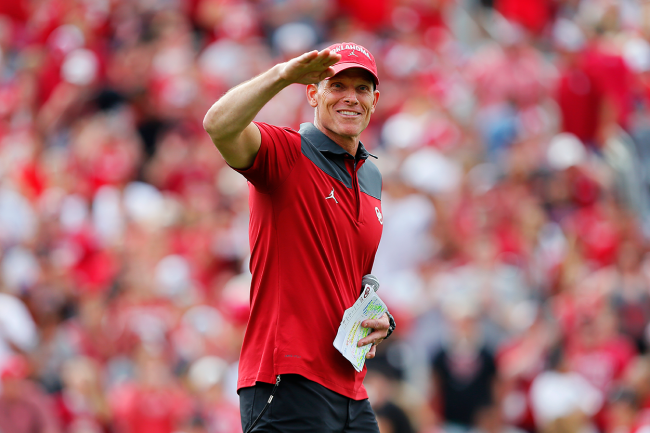 Brent Venables does not want recruits to commit to Oklahoma until they are ready to get married. Kind of.

During a wild, up-and-down rant about recruiting in today’s era, the head coach of the Sooners gave a very clear message to high school prospects that are considering playing for his program. The way he went about the dialogue, however, was rather confusing.

Venables continuously emphasized that recruits should not commit to Oklahoma— at least, until they are ready to fully commit.

What the 51-year-old was trying to communicate made sense. He talked about how it is difficult for him, and other coaches across the country, to get a feel for their recruiting class and what it really looks like if players are committing to their school but still exploring their options.

Venables spoke to the fact that there are kids who commit to a program but then go on to visit schools like Alabama, Georgia, LSU and Texas A&M. In turn, it makes it difficult on him as the coach because he reserved a roster spot and scholarship for the recruit that is visiting other schools and could potentially flip their decision, leaving Oklahoma down a commit that he and his staff had accounted for.

The point of Venables’ diatribe was to define “commitment.”

Venables’ messaging was reasonable. But the way he presented it was… unique. He specifically emphasized “DO. NOT. COMMIT.” which is probably not what a collegiate head coach should be saying to a player that is interested in his program.