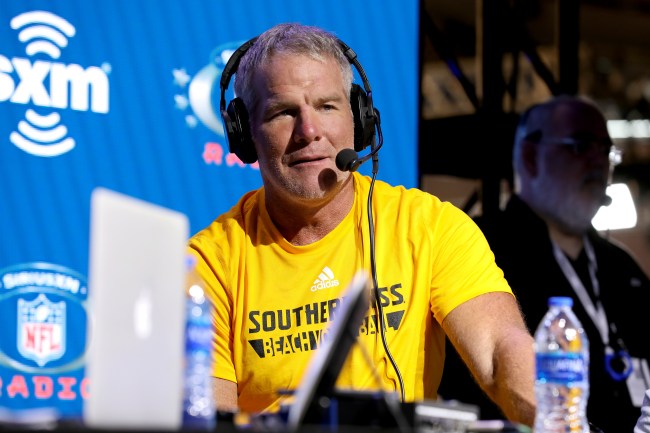 Former NFL quarterback Brett Favre still has not repaid the $600k of the $1.1 million of Mississippi welfare funds he received from a non-profit for multiple speaking engagements despite the fact that a state auditor claims the QB did not attend the events.

Last year, the Hall of Fame QB gave back $500,000 of the money with a promise to repay the remaining portion of the $1.1 million he received from the Mississippi Community Education Center, whose former director was indicted for embezzling millions in government money meant for poor people.

2/4 I have never received monies for obligations I didn’t meet. To reiterate Auditors White’s statement, I was unaware that the money being dispersed was paid for out of funds not intended for that purpose, and because of that I am refunding the full amount back to Mississippi.

Mississippi Today reporter Anna Wolfe followed up to see if Favre had kept his promise to give back the remaining funds and it turns out he still has not repaid the $600k to the state.

Though officials have not accused him of a crime, Favre said he would refund the money. He made an initial payment of $500,000. Favre has not made any additional payments, a spokesperson for the auditor’s office told Mississippi Today on Thursday morning. Because federal authorities are still investigating the payment to Favre, no one has demanded he repay the funds. No other recipients whose payments were questioned in the audit have voluntarily refunded the money, either, the spokesperson said.

Favre has ignored DMs from Wolfe and even blocked her on Twitter when she asked him why he hasn’t repaid the money to the state of Mississippi as promised.

A play in four acts pic.twitter.com/vd3Fds4uau 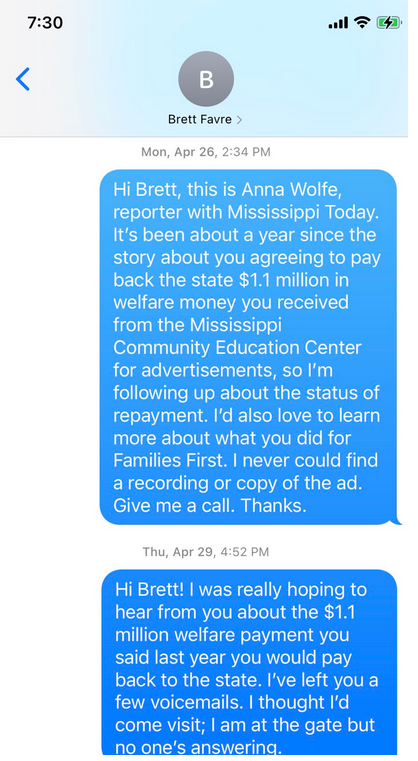 In another DM Wolfe tells Favre she spoke to his agent James “Bus” Cook who denies booking the QB for the speaking engagement with the non-profit in question which is contradictory to Favre’s claims. 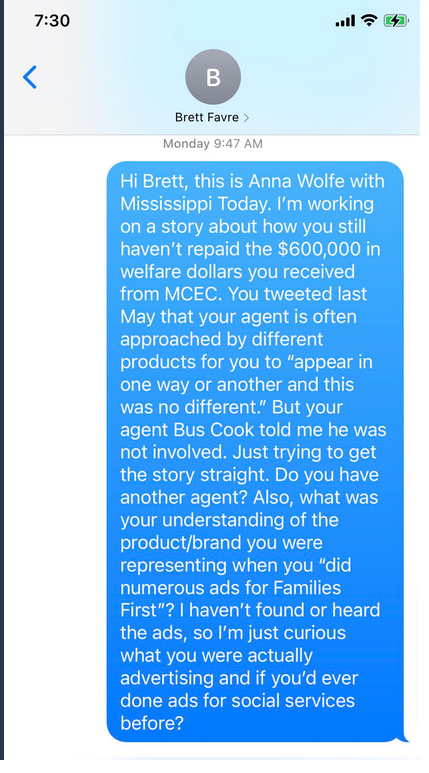 Eventually, Favre just blocked Wolfe instead of answering her questions or providing a statement. 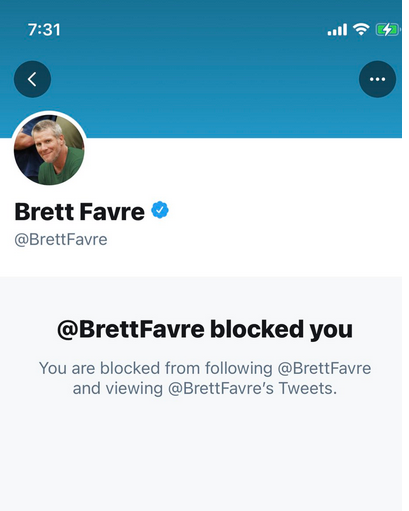 Favre, who has not been accused of committing a crime in the welfare embezzling scheme, has not said anything recently on social media about the repayment of funds.