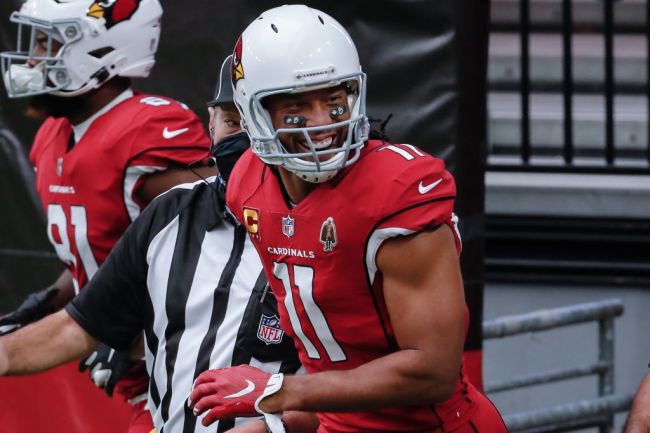 For some reason, as today’s Chris Paul trade news hit my TV screen while finishing my second bowl of Frosted Flakes, I was left saddened by it. I mean here is a guy who has always been an underdog, a scrappy, undersized point guard who simply just lays it all out on the line every single game traded to yet another average team that most likely doesn’t have a shot at winning the title.

Yes, the Pheonix Suns had an outstanding finish to last year’s wild season, but I don’t see them really contending for a championship anytime soon. Paul deserves a championship, and he may not get one, which sucks. This week on The Brilliantly Dumb Show we ranked the top 5 athletes the sports world would love to see get a championship under their belt.

For the love of God, can someone please get this man a Super Bowl? Gore at the age of 37 is still grinding it out in the league after being drafted in 2005 and is still a fan favorite. While I don’t see it happening for as long as he keeps on a New York Jets uniform, boy would it be one hell of a story for the seasoned vet to finally get what he deserves.

This may have caught some of you by surprise but the golf world knows Finau is one of the nicest guys in the game. A million-dollar smile and personality that just can’t seem to be able to close out his first-ever major. Keep fighting the good fight, Tony.

Although Melo has never been a big fan of playing defense, the guy was too much of a premier talent throughout his career to not have a championship under his belt. Every time I look at that famous banana boat picture of Chris Paul, LeBron, Dwayne Wade, and Melo I always wonder just how stronger that crew would be if Anthony and Paul had a championship on their resume.

Not only was he the inspiration for this blog, but he is also a sure thing for this list. One of the hardest workers in the game and a guy that has simply been tossed around the NBA team by team since he entered the league in 2005. The world would be a better place if CP3 won a championship.

Is there a nicer, more talented guy over the past decade that does not have a championship? Fitzgerald has been stuck in Arizona since 2004 with what most would consider to be some pretty sub-par talent outside of his days with Kurt Warner. One can only wonder if MVP candidate Kyler Murray can get Fitzgerald that Lombardi trophy that we all know he deserves.